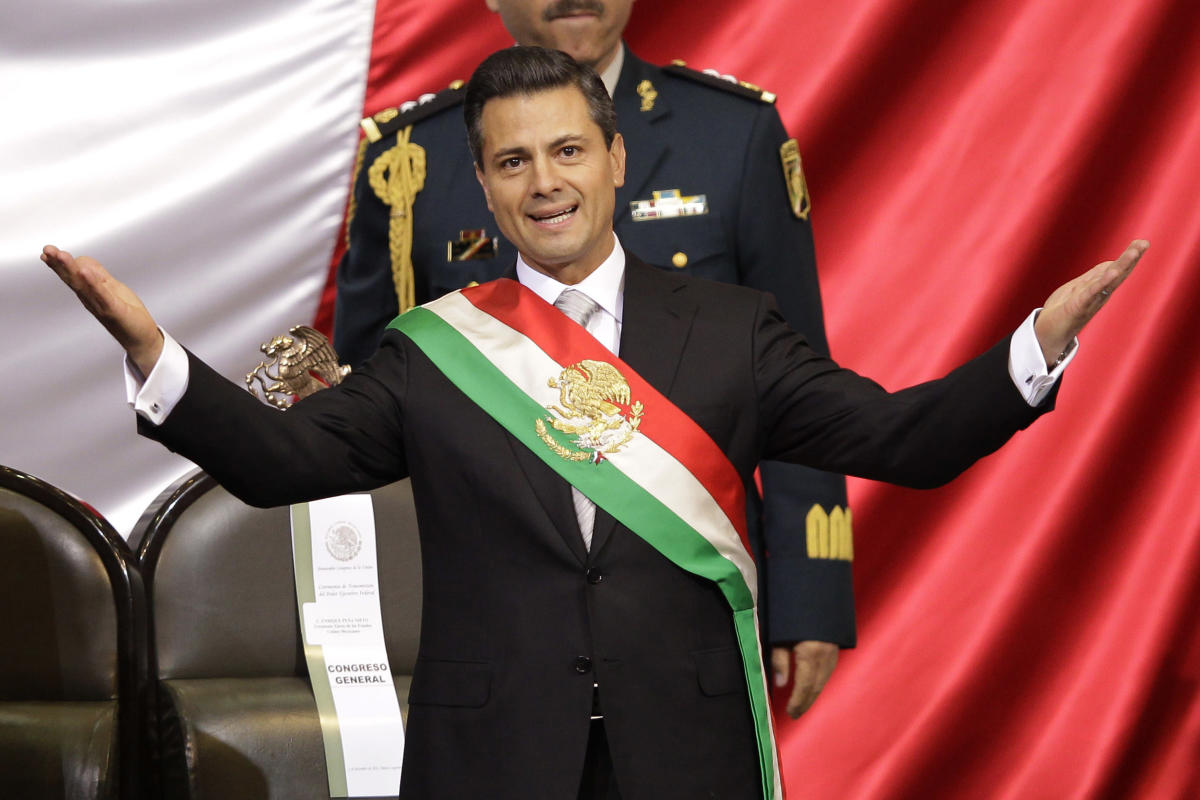 MEXICO CITY (AP) — Mexico’s anti-money laundering agency said Thursday it has accused ex-President Enrique Peña Nieto of handling millions of dollars in possibly illegal funds, perhaps a signal from President Andrés Manuel López Obrador that he is getting serious about his promise to pursue corruption.

It marks the first formal legal accusations against Peña Nieto, despite a cloud of allegations about corruption during his 2012-2018 administration. López Obrador made rooting out corruption the main theme of his presidency, but hadn’t yet moved against any of his predecessors.

The criminal complaint filed against Peña Nieto by the government’s Financial Intelligence Unit does not mean any prosecutors have yet decided to file formal charges. But the head of the unit, Pablo Gomez, said federal prosecutors have received the complaint alleging use of illicit funds and are investigating it.

Gomez said Thursday that a company run by Peña Nieto’s family had “a symbiotic relationship” with a firm that received about $500 million in government contracts while he was president. He did not identify the companies, but said they were distribution firms.

Gomez also said Peña Nieto had received money transfers from a relative, apparently linked to the two companies, for about $1.3 million after leaving office. Gomez said Peña Nieto’s accounts and those of the companies haven’t been blocked.

“I am certain that the appropriate authorities will allow me to clear up any questions about my holdings, and to prove their legality through legal channels,” the former president wrote. “I have confidence in legal institutions.”

The former head of Mexico’s state-run oil company under Peña Nieto, Emilio Lozoya, has claimed that Peña Nieto and his right-hand man, then-Treasury Secretary Luis Videgaray, directed him to bribe lawmakers, including five senators, to support controversial energy and other structural reforms in 2013 and 2014.

Videgaray has denied the accusations. Neither man faces any charges in that case.

The failure to bring down any top figures from previous administrations has been an embarrassment for López Obrador, as has the failure of Attorney General Alejandro Gertz Manero to build any strong legal case based on Lozoya’s allegations.

The hands-off approach toward Peña Nieto has fueled speculation that López Obrador had reached some kind of gentleman’s agreement with the ex-president in 2018. In exchange for quickly recognizing López Obrador’s presidential victory and allowing him unusual power during the transition period, Peña Nieto purportedly would have gained a promise of impunity.

López Obrador has said simply that “revenge isn’t my strong point” and that Mexico should look to the future, not the past.

Yet last year, López Obrador sponsored a national referendum of Mexican voters about whether to prosecute former leaders accused of wrongdoing. TIt failed to reach the 40% participation required to make it binding and critics pointed out that the government didn’t need the public’s blessing to prosecute anyone who had committed crimes.