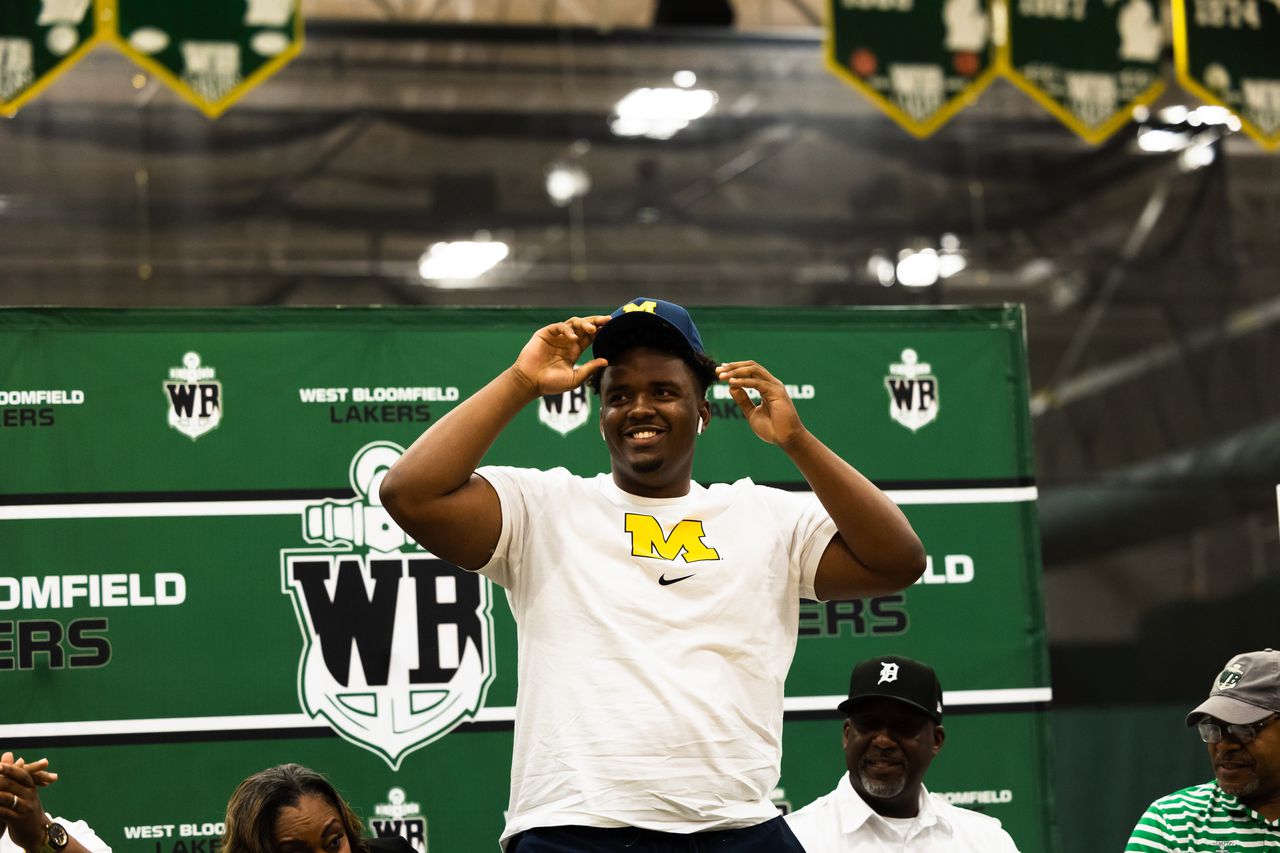 Michigan’s football program has its first offensive lineman committing in its 2023 recruiting class.

West Bloomfield four-star prospect Amir Herring verbally pledged to the Wolverines on Thursday night in an announcement on 247Sports.

The No. 283 overall prospect nationally, per the 247Sports Composite rankings, becomes Michigan’s ninth commit this cycle and the fourth since June 19. The 6-foot-3, 300-pounder chose the Wolverines over 23 other reported offers, including other finalists Nebraska, Missouri and Boston College.

Although he plays tackle at West Bloomfield, he is expected to move inside at the college level.

“Four year high school starter who has played good competition and in big games,” 247Sports recruiting analyst Allen Trieu wrote in his scouting report. “Smart and very technically sound with excellent all-around intangibles. Has violent hands and stops defenders with his punch. Plays with good balance and keeps his feet underneath him — also strong in the lower body. High school tackle who will move inside to center or guard at the next level. Needs to continue to improve overall agility and lateral quickness. Will also have to adjust to a new position but has a little bit of center experience and is a smart, hard working player who is likely to be able to make the transition.”

Herring has been a longtime target of the Wolverines, but Nebraska appeared to take the lead in his recruitment last month after a visit to Lincoln. However, Michigan was able to get him on campus for an official visit June 17 to help seal the deal.

Herring’s commitment is a crucial one for the Wolverines given their need for offensive linemen this cycle. Considering Michigan won the Joe Moore Award last season as the best offensive line in college football, it has been a surprising slow start on the recruiting trail at that position.

Before Herring’s commitment, Michigan owned the No. 54 overall class nationally.