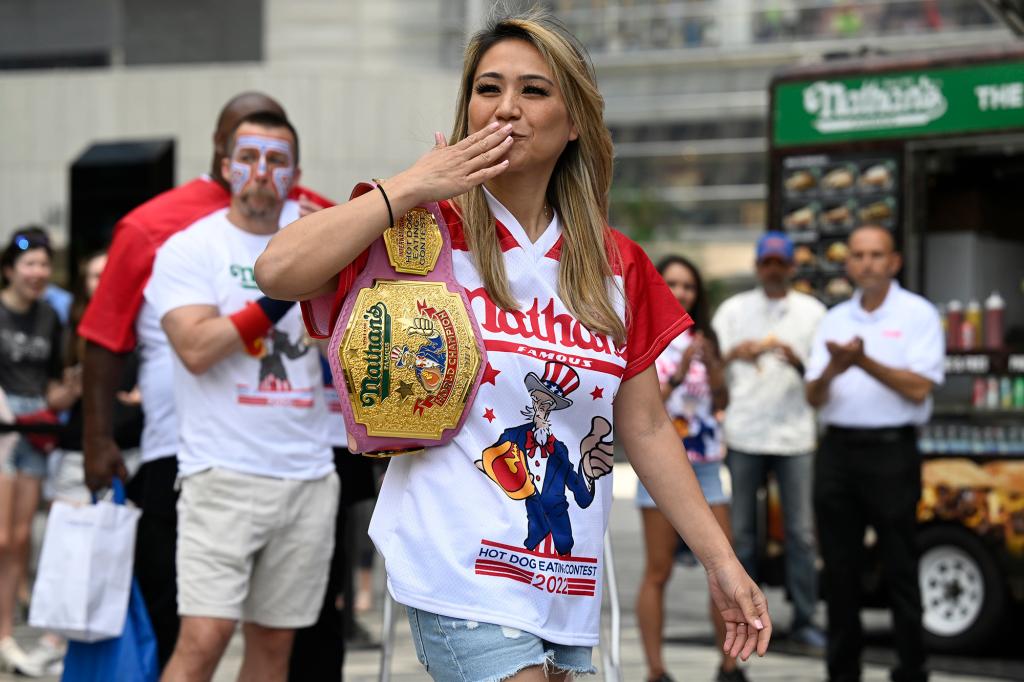 The 36-year-old, who sat out the 2021 Hot Dog Eating Contest because she was pregnant, scarfed down 40 dogs and buns — besting the nearest competition by 14.

Sudo led for the entirety of the contest, crossing the 10-dog threshold at the minute-forty mark.

The 2021 winner Michelle Lesco came in second place Monday, finishing runner-up to her friend and former roommate for the fourth time.

Sudo, a native of New York City, first competed in the annual Fourth of July tradition in 2014 and has never lost.

She has been Major League Eating’s top-ranked female competitive eater since 2014.

She gave birth to her son Max just days after last year’s competition.

On Monday her husband and fellow competitive eater Nick Wehry foisted the 1-year-old above his head to cheer from the crowd as his wife accepted the contest’s mustard-yellow champion’s belt.

“I didn’t know how difficult it might be to compete after having a child,” Sudo said in a pre-recorded interview shown on ESPN before the match. “Max is the best thing that’s ever happened to me, and Nathan’s is second.”