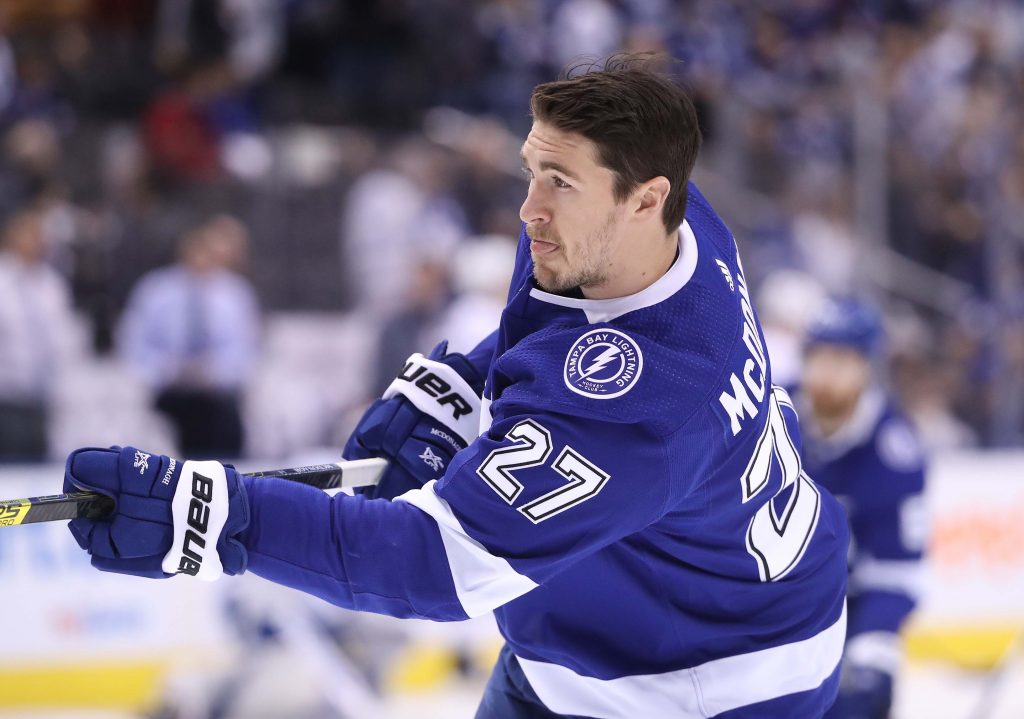 Per their Twitter, the Tampa Bay Lightning confirmed that they have traded defenseman Ryan McDonagh to the Nashville Predators. In exchange, the Lightning receive defenseman Philippe Myers and forward Grand Mismash from Nashville. It doesn’t appear that any salary has been retained in the trade. With the Lightning needing to make some tough salary cap decisions if they wanted to keep a majority of their core together, one name that was rumored to be on the move was McDonagh, and GM Julien BriseBois was able to make it happen. McDonagh carries a cap hit of $6.75MM for each of the next four seasons.

In McDonagh the Predators acquire a sturdy shutdown defenseman and veteran of 783 career regular season NHL games, in addition to 185 playoff games, including Stanley Cup Championships with the Lightning in 2020 and 2021. Originally the twelfth-overall pick in the 2007 NHL Entry Draft by the Montreal Canadiens, McDonagh was traded to the New York Rangers two years later in the Scott Gomez deal. The defenseman went on to play in 516 regular season games for the Rangers, captaining the team from 2014-15 until his trade to the Lightning during the 2017-18 season. After the trade, the Predators still project to have just over $18.1MM in available salary cap space this offseason, which should be more than enough to make necessary moves and extend franchise-icon Philip Forsberg.

According to TSN’s Chris Johnston, it doesn’t appear the Lightning plan to buyout Myers’ contract (link). By keeping Myers in the fold, the Lightning still free up $4.2MM. With the departure of fellow right-shot defenseman Jan Rutta possible, Myers could serve as a replacement, having just one year left on his contract as opposed to unpredictable term and salary for Rutta. In speaking to the media, including The Athletic’s Joe Smith, BriseBois said that if the league wasn’t in a flat-cap situation, he would have never even thought of making the deal and asking McDonagh to wave his no-trade clause. Speaking of that clause, McDonagh currently carries a full no-trade clause, meaning the Lightning had to specifically seek his permission in order to make this trade, an experience BriseBois told Smith was not a pleasant one. As to replacing McDonagh, BriseBois told Eduardo Encina of the Tampa Bay Times that the plan is to elevate the role of defenseman Mikhail Sergachev and continue to fill out the defense corps. Though a different handedness, that would seem to be in line with the choice to keep Myers rather than buy him out.

With the trade, Tampa Bay ships out a left-handed defenseman for a right-handed one in Myers, however he may not be with the team for long, as Sportsnet’s Elliotte Friedman points out, the team can buyout Myers’ contract and actually receive a cap credit of $617K this season, then owe just $633K in 2023-24. Right now, Myers is under contract through the 2022-23 season at $2.5MM. Though Myers’ cap hit is certainly not bad, it is somewhat high for a team fighting for every dollar to stay under the cap ceiling. Another option for the Lightning could be to trade Myers, avoiding his cap hit this year, but if they see value in having the cap credit this year with the cap hit next year, they may be inclined to simply buy him out now. With the credit, the Lightning would in effect pick up $7.13MM in cap space they did not have at this time yesterday (link).

Last, but certainly not least, is Mismash, who was a second-round pick, 61st overall, by Nashville in 2017. The forward played four seasons at the University of North Dakota, where he had 71 points in 117 college games before turning pro last season. In 57 games with the Milwaukee Admirals of the AHL last season, Mismash had six goals and six assists.