According to Kelly on Tuesday evening, this was much ado about nothing because the ex-president likely just “butt dialed” that person.

At the end of Tuesday’s explosive Jan. 6 hearing, committee vice-chair Rep. Liz Cheney (R-WY) disclosed that the twice-impeached former president witness attempted to contact the unidentified—who has yet to publicly testify—following the committee’s June 28 hearing. The witness did not take the call and instead referred it to their lawyer, who then contacted the committee. Cheney then added that the committee referred the matter to the Department of Justice.

“We will take any effort to influence witness very seriously,” she declared.

Kelly predictably trashed the hearings on his primetime broadcast, snarking at the “bombshell” dropped by Cheney about the former potential-in-chief’s efforts at witness tampering.

Are you ready for this? Apparently, Donald Trump made a phone call and nobody answered it,” the cartoonishly pro-Trump host exclaimed. “But they’re acting like this is a big deal.”

Kelly snickered that the “joke committee” has “no authority” and then humblebragged that Trump often hits him up.

“By the way, not to drop names but I received a phone call from the president on more than one occasion, and you actually can’t tell it’s him calling,” he asserted. “He’s got some system you don’t know.”

But even if it was Trump who tried to call the witness, Kelly insisted, it was more likely just an innocent mishap.

“How do you know the president actually called him? And they didn’t answer,” he said while holding up his smartphone. “Hey, maybe it was a butt dial, huh? Tell the Justice Department that.” 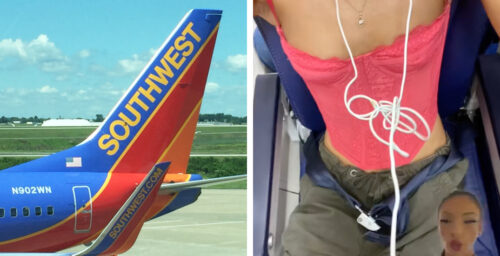