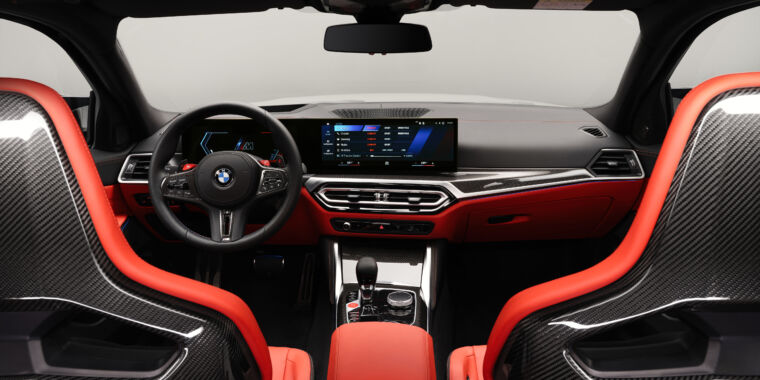 If there’s a topic guaranteed to get rage clicks, it’s the one about BMW making some of its car options available as a subscription rather than a one-time purchase. That story is doing the rounds again today after news that the Bavarian automaker is at it again.

“BMW starts selling heated seat subscriptions for $18 a month” declares one headline; “BMW Makes Heated Seats an $18/Month Subscription Service—Again” reads another. However, you’d have to read past the headlines and well into the bodies of the articles to find out that, actually, the automaker has no public plans to bring this subscription model here to the US market and that it’s happening in South Korea.

Not that it hasn’t tried such a thing in the past. In 2019, if you wanted Apple CarPlay as an optional extra, you had to subscribe to it for $80 a year, or $300 for 20 years. But the reaction by US consumers to this move was overwhelmingly negative, and, faced with resistance in its second-biggest market, the automaker relented and even made CarPlay standard across most of its range later that year.

In 2020, it revealed that it still had designs in this arena, selling cars with software-locked features like adaptive cruise control, high beam assist, or even heated seats. For example, a British BMW buyer can choose to pay $888 (750 pounds) to buy Driving Assistant Plus (which combines adaptive cruise and lane keeping) outright.

But as the hardware is fitted to every car, if a buyer chose not to tick that box at purchase, they can try it out as a three-month trial for free and then choose to either buy it outright or just for one month ($42 /35 pounds), one year ($415/350 pounds), or three years ($652/550 pounds). (Obviously the smart move is to buy the unlimited option.) BMW has also said this is a way for the second owner of a car to benefit from features that the original owner chose not to purchase.

We’re not fans of this microtransaction model of car options, whether it’s for heated seats or a driver convenience feature of questionable safety. It’s highly likely that a car will be on the road and operational long after the server that needs to authenticate the purchase has been decommissioned, for one thing. So let’s be thankful that BMW North America isn’t subscribing to this particular business model. Yet.