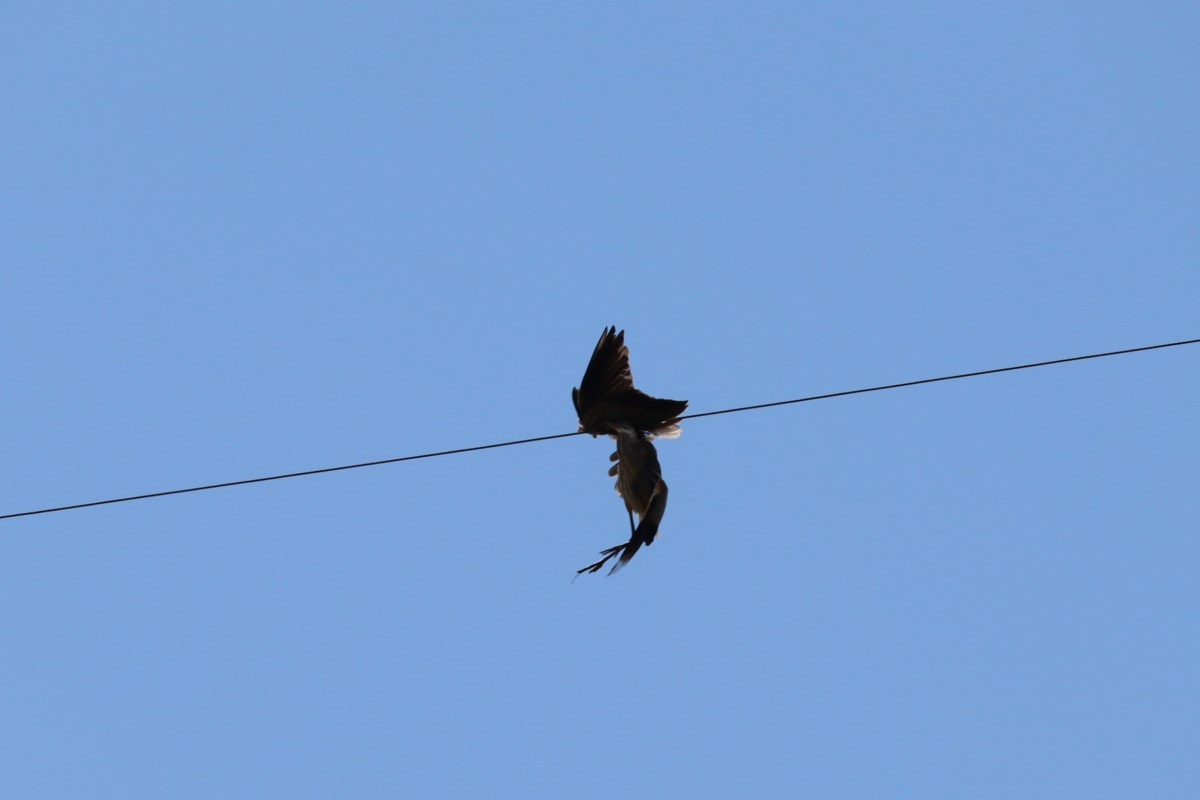 As residents are getting fuelled up at the Flying J gas station before hitting the highway, some are noticing a distressing situation taking place a hundred feet above their heads.

A sandhill crane appears to have gotten caught in the powerlines next to the Flying J and is unable to escape.

The bird was first spotted by employees around 6 am Wednesday when they began their usual workday.

Amanda Dupuis, one of the workers with Flying J, says it’s incredibly depressing and wishes something could be done about it.

“It’s really sad, it has upset a lot of our customers,” she says. “We’ve reached out to a lot of people, and nobody is coming to help the bird.”

Crowds have been gathering throughout the day, many of whom are distraught with the situation.

PUC pulled into the parking lot around 11:30 am and determined they were not able to take care of the situation since the power lines belong to Hydro One. Hydro One is currently on its way to investigate the situation.

“The bird should’ve come down, now we’re concerned with the other birds that are beginning to fly around it,” Dupuis says. “It’s hot in the sun too, so it’s probably roasting up there.”

It’s not known exactly how the bird is trapped, but it appears the sandhill crane has one of its wings caught in the powerline that is making it difficult to escape.