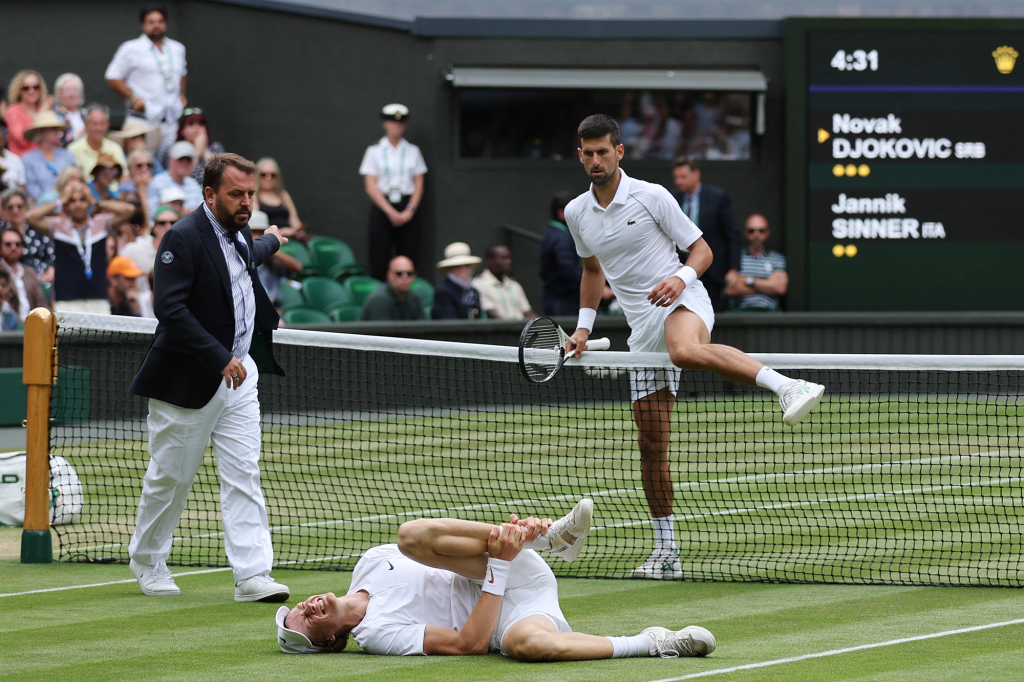 Novak Djokovic displayed his extraordinary play in a thrilling come-from-behind victory during Tuesday’s quarterfinal at Wimbledon, but it was his demonstration of good sportsmanship that received the most admiration from onlooking fans.

Djokovic fell into a two-set hole (5-7 2-6) against No. 10 seed Jannik Sinner to begin the match, but was able to pull within one after a third-set 6-3 victory.

During a fierce rally in the fourth set, Djokovic struck a powerful forehand that Sinner was barely able to return. As Djokovic finished a seamless drop shot at the net, Sinner rushed toward the ball, only to lose his footing and tumble to the ground. The 20-year-old writhed in pain on the grass court for several moments as he clutched his left ankle.

Djokovic was quick to come to his opponent’s aid, immediately stepping over the net to check on Sinner’s status. The top-ranked player waited several moments alongside him before ultimately helping him to his feet. Fans in attendance showered the pair in applause, and play soon after continued.

Djokovic went on to win the fourth set, 6-2, setting the stage for an all-or-nothing fifth set. Despite dropping the first game to Sinner, the Serbian was able to win six of the next seven games on his way to match victory.

The improbable win marked Djokovic’s seventh career comeback after trailing by two sets, as well as his 26th consecutive match won at Wimbledon – the fourth-longest streak in the Open Era. Now, the 35-year-old will face off against the winner of No. 9 Cameron Norrie and David Goffin in the Wimbledon semifinal, where he will be one step closer to claiming his elusive 21st career Grand Slam title.