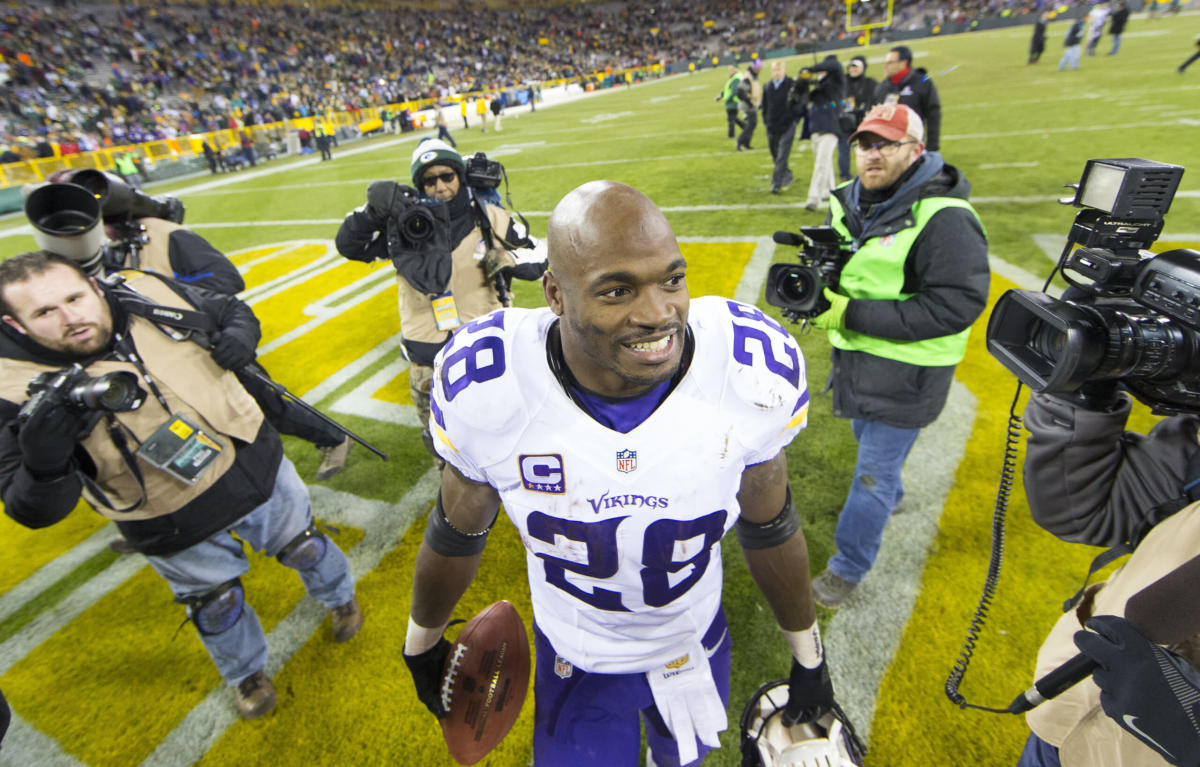 The poster for the much-anticipated exhibition boxing match featuring the legendary NFL running backs Adrian Peterson and Le’Veon Bell has been released.

On social media, Bell tagged the poster along with a Twitter comment saying, “nothing else needs to be said, let’s gooo.”

Both players have signed on for a bout at the next Social Gloves Entertainment event, which pits celebrities and social media stars against one another in the ring, on July 30 at Crypto.com Arena in Los Angeles.

The name recognition alone should turn heads with the NFL stars slated to fight on the undercard of an event featuring a main event bout between YouTube stars Austin McBroom and AnEsonGib.

This will be the first time Peterson and Bell have actually competed in a boxing match.

Both were still on NFL rosters as early as last season. Peterson, the longtime Minnesota Viking, signed with the Tennessee Titans in November and then the Seattle Seahawks in December. Meanwhile, Bell played with the Tampa Bay Buccaneers and Baltimore Ravens.

The former Pittsburgh Steeler has been calling out YouTube star Jake Paul for a boxing match.

Perhaps he’ll finally get his wish if he proves he can hang in the ring with “All Day.”