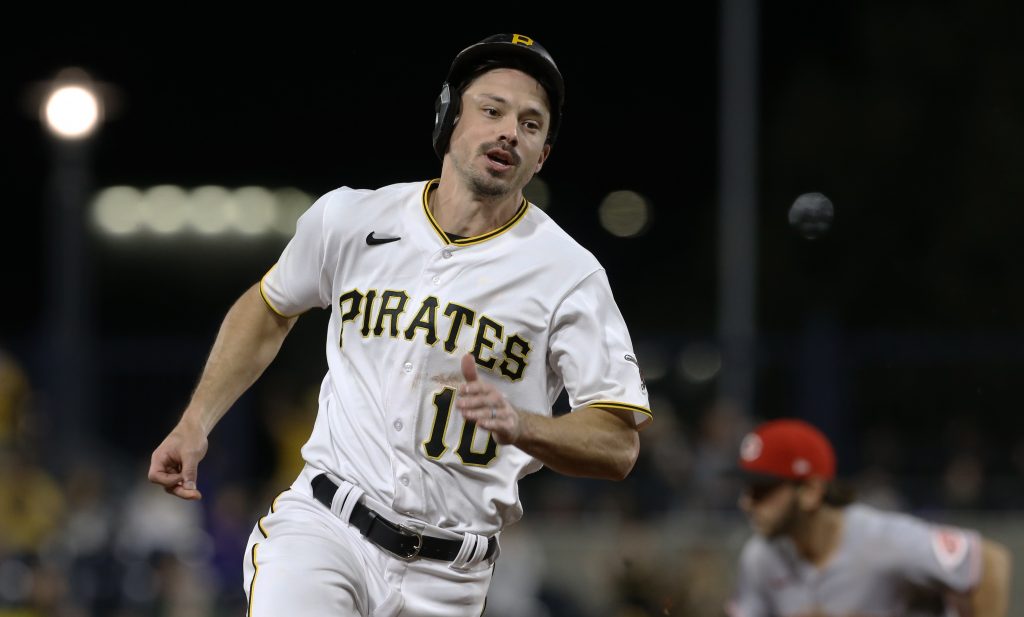 The Pirates announced a series of transactions prior to tonight’s game, with outfielder Bryan Reynolds Being placed on the 10-day injured list due to a right oblique strain. To take his place on the active roster, outfielder Jake Marisnic was activated from the 60-day IL. To make room for Marisnick on the 40-man roster, left-hander Cam Viaux was designated for assignment.

Reynolds was removed from yesterday’s game with some discomfort in his side, which has now been diagnosed as an oblique strain. The outfielder has been one of the bright spots of a rebuilding Pirates team in recent years, with his 2021 campaign standing out the highlight so far. Last year, he hit .302/.390/.522 for a 142 wRC+ and helping him produce 6.1 fWAR, the tenth-highest such mark across the majors. This year, Reynolds struggled for the first month or so but has looked like his old self recently. On the whole, his batting line for the season is .261/.343/.465 for a wRC+ of 126.

Given the fact that Reynolds plays at a high level on a rebuilding team, there’s naturally been much trade speculation hovering around him. However, given that he’s not slated to reach free agency until after the 2025 season, the Pirates have maintained sky-high asking prices in any trade talks, which is why no trade has come together thus far. That hasn’t stopped teams from trying, however, with reporting from earlier today indicating the club has rejected offers on Reynolds, as well as closer David Bednar. It’s always seemed like the Pirates would hang onto him, but this IL placement effectively closes the door on whatever chance there was. The club hasn’t provided an estimated timeline for his recovery, but the August 2 deadline is now just over three weeks away. Kevin Gorman of the Pittsburgh Tribune-Review points out that oblique strains typically come with a recovery time of about a month. If that holds true in Reynolds’ case, he’d be out of action until after the deadline.

Marisnick, 31, signed a deal with the Pirates on the cusp of Opening Day but required thumb surgery in May. He got into 12 games before that but slumped to a .163/.196/.204. Marisnick is a glove-first outfielder anyway, with 78 Defensive Runs Saved on his career ledger. He should be able to help the Bucs cover center field in Reynolds’ absence. If he can get into a nice stretch of play before the deadline, he could be traded to a team seeking a strong defensive outfielder. One year ago, he went from the Cubs to the Padres in a deadline swap.

As for Vieaux, 28, he was selected to the big league roster just a few weeks ago. He was given five appearances, but his line is marred by one particular game wherein the club left him out to dry in order to save their other arms. After allowing one earned run over his first four appearances, the Bucs sent him in to pitch the top of the eighth in a game they were losing to the Brewers 9-1. Despite Vieaux getting hit around badly, there was no help forthcoming to get out of the inning. The lefty ended up tossing 56 pitches in that one frame, allowing six hits, three walks and eight runs, seven of them earned. As a result, he has a 14.40 ERA through five innings this year. In 29 2/3 Triple-A frames, however, he has a 2.12 ERA this year. Lefty relievers are always in demand and Vieaux has options remaining, making it possible some team looking to bolster its depth takes a chance on him.