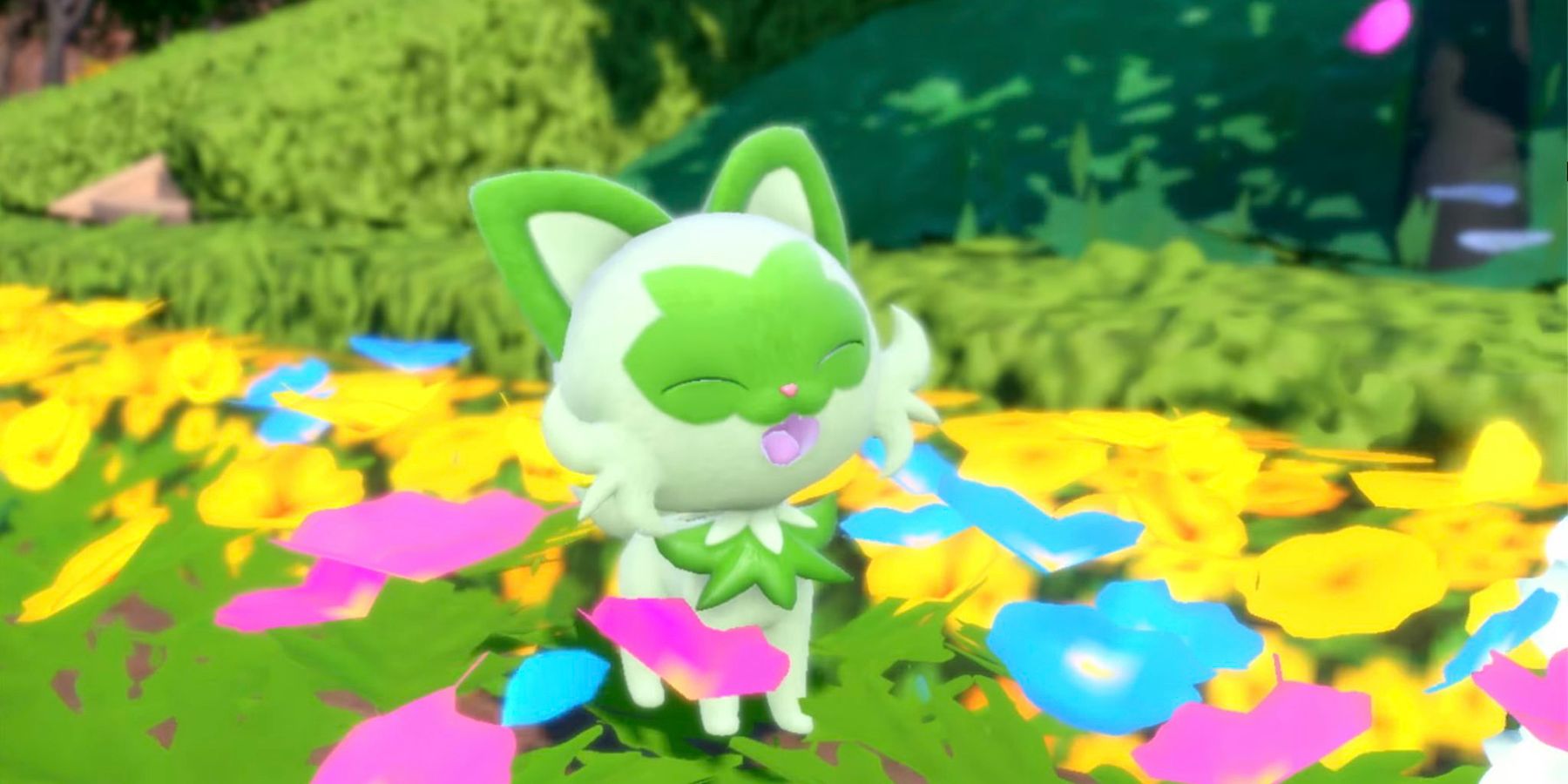 There have been several Pokemon Scarlet and Violet Leaks over the past few hours, with various sources like PKMNLeak, Centro, Blaines, Kaka, and most reliably Riddler Khu weighing in. It’s uncertain how much of this is legit, but things like Pokedex details, a new dolphin Pokemon, gym leaders, and more have all appeared online.

Now, one of PKMNLeak’s posts has gotten the thumbs up from Riddler Khu. Khu practically has a perfect track record when it comes to Pokemon leaks, including Pokemon Scarlet and Violet‘s starters, and so this holds more weight than many of the leakers out there. PKMNLeak shared two images of Pokemon, though the quality is not the best. While many believed they were back shots of Sprigatito and Quaxly, this has now been confirmed by Khu.

Again, as seen below, the image quality is not great. What can be seen and/or inferred is that Quaxly’s evolution remains bipedal, taking on a darker blue or perhaps purple body color. His body color and head color are different, with light blue shoulder pads. His tail is the same light blue and is either a large fanned tail or possibly three tails close together.

The image can be seen HERE, as the third image shared by PKMNLeak. Up top is the Quaxly evolution, and bottom left is the Sprigatito picture.

Pokemon Scarlet and Violet‘s Sprigatito is harder to see and always sideways. It appears Sprigatito’s ears extend downward with extra hair, like a Lynx, and there appears to be giant purple buds surrounding them somewhere. It could be around the waist since Sprigatito is believed to be based on a Flamenco dancer, or the neck, but the image makes it hard to determine. There’s not much green either, so depending on how one looks at it, it’s hard to tell that it’s supposed to be Sprigatito. Overall, the designs line up with other leaks that Sprigatito would be Grass/Dark and Quaxly would be Water/Fighting.

But, as aforementioned, Khu said these were shots of the Starters from the back. How it ties to the gimmick, if at all, remains to be seen. These are also presumably the third evolutions for Quaxly and Sprigatito, at least given Quaxly’s stance and size, but it’s not known right now.

Even though these appear much more legit than others Pokemon Scarlet and Violet leaks, fans should still take it with a grain of salt. With any luck, perhaps Game Freak with showcase a new trailer relatively soon, with it confirming these leaks as true or fake.

MORE: Pokemon Scarlet and Violet Will Have DLC, Says Leaker