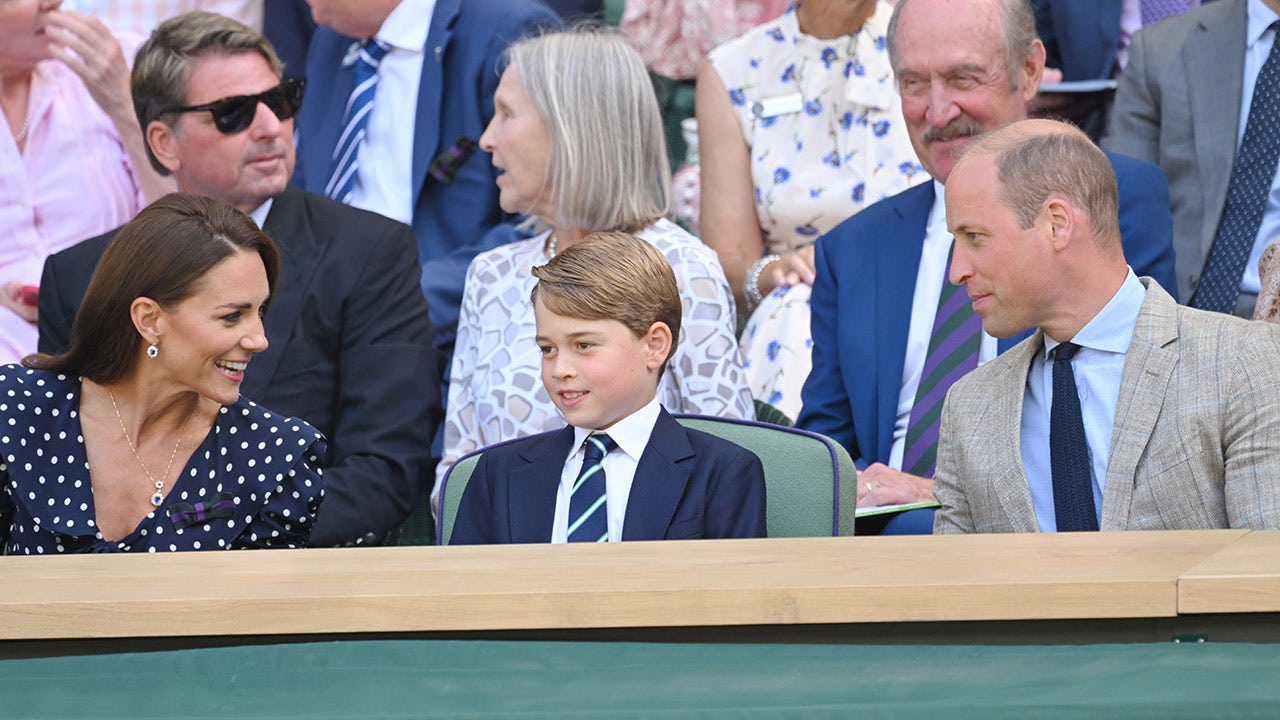 Prince George caught an exciting tennis match on Sunday when he joined his parents, Kate Middleton and Prince William, for his first Wimbledon experience.

Their eldest son, who turns 9 on July 22, surprised sports fans as he watched the men’s singles final at the All England Lawn Tennis and Croquet Club in London.

Dressed in his Sunday best, Prince George was on hand to see Novak Djokovic win his seventh Wimbledon title by defeating Nick Kyrgios in four sets 4-6, 6-3, 6-4, 7-6 (7).

Prince George attended his first Wimbledon with the Duke and Duchess of Cambridge on Sunday.
(Karwai Tang)

Djokovic came back after conceding the first set to Kyrgios. The win was his second straight title at the All England Club.

George reveled in one-on-one time with his parents as his siblings, Princess Charlotte and Prince Louis, were not at the famed event

The Duchess of Cambridge also wore a green and purple bow tie pin to mark her status as the royal patron of the All England Lawn Tennis and Croquet Club (AELTC.)

Middleton was on hand the day before to Russian-born Elena Rybakina beat third seed Ons Jabeur in a historic women’s final.

Rybakina, 23, is also the youngest women’s Wimbledon champion since Petra Kvitova in 2011.

Prince George of Cambridge attends The Wimbledon Men’s Singles Final at the All England Lawn Tennis and Croquet Club on July 10, 2022 in London, England.
(Karwai Tang)

The royals are regulars at annual event and were spotted watching the men’s singles quarterfinal match earlier in the week when Djokovic defeated Jannik Sinner, in addition to Cameron Norrie’s win against David Goffin.

Middleton is such an avid fan of the sport, and the annual summer competition, that she’s only missed Wimbledon twice since marrying Prince William in 2011.

The first event she missed was in 2013 when she was pregnant with Prince George, who was born weeks after the end of the summer series.

In 2020, the tournament was canceled due to the COVID-19 pandemic.

The Duchess of Cambridge presents the Venue Rosewater dish to Elena Rybakina, who won her match against Ons Jabeur during the women’s singles final at Wimbledon on July 9, 2022, in London.
(Visionhaus)