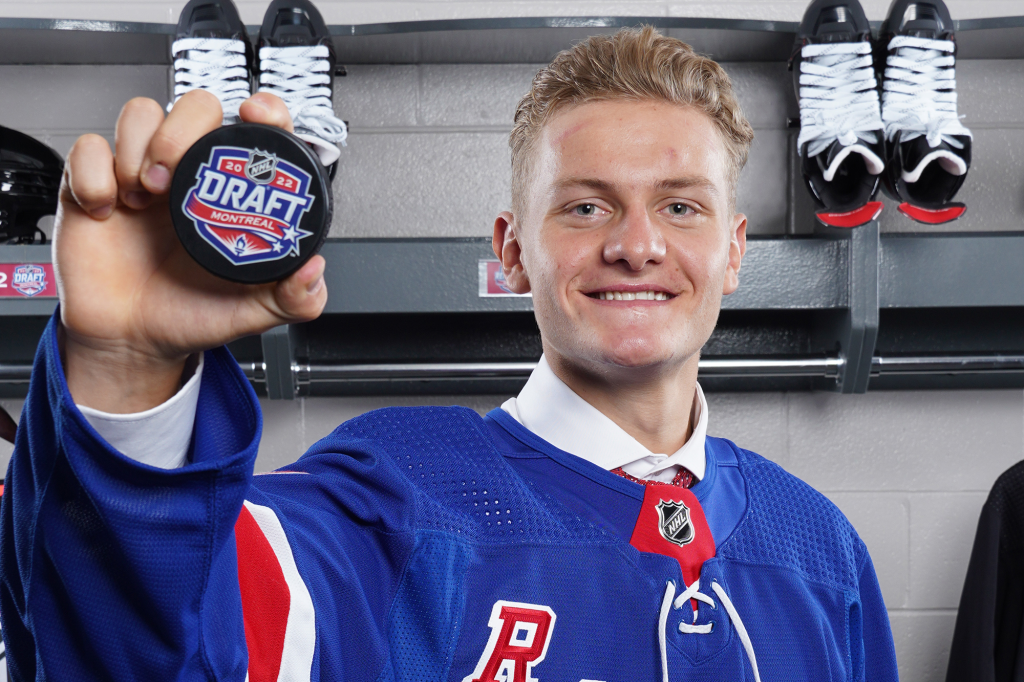 The Rangers had to wait until pick 63 to select their first player in the 2022 NHL draft, but certainly made a splash by taking Adam Sýkora, a Slovakian forward, with the pick.

The lefty-shooting winger is known for his blazing speed, strong defense and competitive nature. However, teams were wary of selecting the young phenom in the first round because of his size – at five-foot-11, 174 pound.

Sýkora played for Nitra MHC in the Slovakian Extraleague, where he recorded 10 goals and 17 points over 46 games. The 17-year-old’s impressive play earned him a spot on Slovakia’s World Championship team, in which he posted two goals and one assist in six games.

Despite being one of the youngest players in his draft class, many commended Sýkora for his competitive maturity and max-effort playing style.

While competing in Slovenia, Sýkora frequently displayed his willingness to undertake puck battles, labor in difficult areas of the ice and chase after pucks on the forecheck. His often active stick, lane-clogging ability and strong puck-handling in transition made Sýkora one of the best defensive-minded forward prospects in the draft. However, his lack of offensive upside limits his chances at being a first line player, according to scouting reports.

Rangers team president Chris Drury has preached the philosophy of taking the best player available – regardless of position – and Sýkora is a prime example. The Blueshirts sport several formidable athletes on the left wing, including Chris Kreider, Alexis Lafreniere and Artemi Panarin, yet lack the same depth at the center position. They notably passed on Danny Zhilkin, the consensus best center available at pick 63, in favor of Sýkora, who was viewed as a better overall prospect.

Sýkora will additionally fulfill Drury’s desire to make the Rangers a harder, faster and grittier team.

The Rangers selected Canadian center Bryce McConnell-Barker in the third round, followed by another center — Noah Laba — in the fourth.

The Rangers then took defenseman Vittorio Mancini and left wing Maxim Barbashev with their two picks near the end of the fifth round.