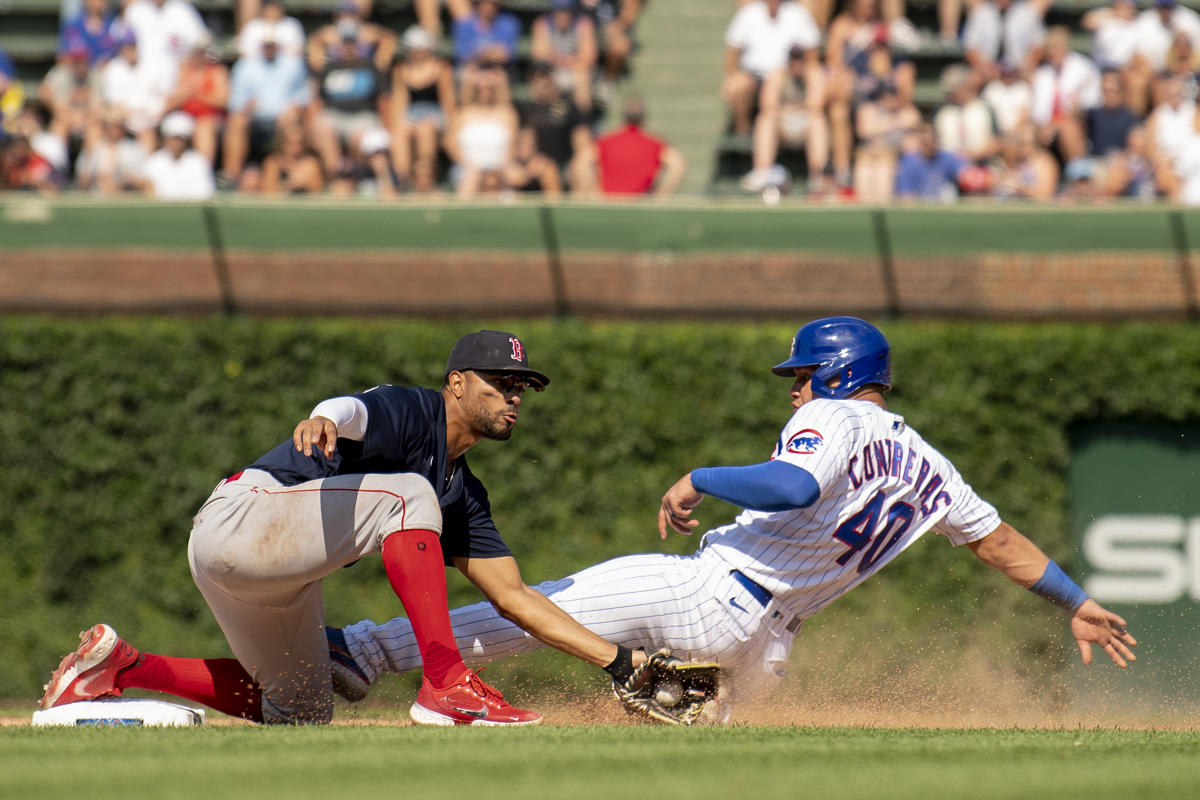 Boston Red Sox shortstop Xander Bogaerts received seven stitches on Sunday afternoon after he was sliced ​​in the thigh during their 4-2 win against the Chicago Cubs.

Bogaerts was making a play at second base during the seventh inning at Wrigley Field on Sunday as Wilson Contreras was trying to steal. As Contreras slid in ahead of the tag, his cleats accidentally hit Bogaerts right on the outside part of his thigh.

Bogaerts instantly hopped up in pain, and eventually walked off the field.

Bogaerts still made the play, which was confirmed after a challenge. He then received seven stitches on his thigh, and is now listed as day-to-day.

“He’s doing OK,” Boston manager Alex Cora said, . “Seven [stitches] actually, right above the left knee. Right by the thigh. He’s day-to-day. We’ll see how it goes, how he feels during the flight and tomorrow.”

The Red Sox will kick off a home series against the Tampa Bay Rays on Monday. It’s unclear if Bogaerts is going to play.

“I was lucky it wasn’t my knee because that wouldn’t have been good at all,” he said, .

The win marked their first of the three-game series in Chicago, and just their second in their last six games.