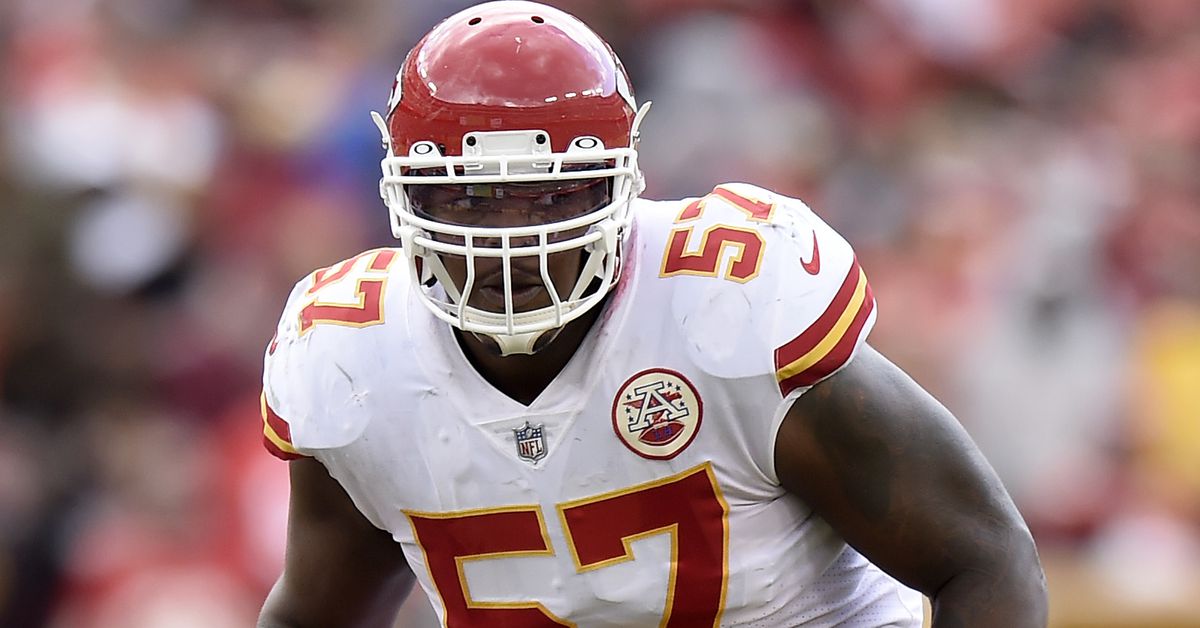 According to a report from NFL Network’s Mike Garafalo, the Kansas City Chiefs and their left tackle Orlando Brown Jr. are far apart on a new contract that would prevent him from playing on the franchise tag in 2022.

From @NFLTotalAccess: The #chiefs and LT Orlando Brown are not close on a long-term deal with under three days left to do one. If no deal is reached before Friday, I wouldn’t expect Brown for the start of training camp and Week 1 isn’t a certainty, either. pic.twitter.com/XNT6CAwYKF

Speaking on the network’s “NFL Total Access” program on Tuesday, Garafalo said his information his coming from the left tackle’s longtime mentor.

“He and his representation have spoken to the Chiefs in recent days regarding a potential [new contract], which must be done before Friday,” said Garafolo. “Otherwise, he can only play on the one-year franchise tender.

“I spoke to Jammal Brown, the former NFL offensive tackle who is serving as a mentor for Orlando. He said that the sides are nowhere close on a deal — and that they’re not just going to, ‘Do a deal just to do a deal.’

Although he spent the first three years of his NFL career as the Baltimore Ravens’ starting right tackle, Brown played in place of Baltimore’s injured starting left tackle Ronnie Stanley during the 2020 campaign. Once Stanley was ready to return for 2021, Brown wanted to remain on the left side of the line. Ultimately, he asked the Ravens to trade him to a team where he could do so. Kansas City traded for Brown right before the 2021 NFL Draft — and he played left tackle for every one of the Chiefs’ offensive snaps last season.

“So you could imagine,” noted Garafalo of the reported offers, “how that is sitting with [Brown].

“Here is the rub: If there is no long-term deal, I’m not expecting Orlando Brown for the start of training camp — or really, any time during training camp. That is my understanding. Remember: he hasn’t signed the [franchise] tag, so he can’t be fined if he’s not there.”

And Garafalo said that it could go even further than that.

“Even Week 1 is in question,” he said. “So let’s see how this plays out over the next couple of days. Like I said, the sides [are] far apart. I’m not expecting a deal — and that could have ripple effects for Patrick Mahomes’ blind side protector down the line.”

In order for the Chiefs to sign a long-term contract with their left tackle, the two sides must reach an agreement before 3 pm (Arrowhead Time) on Friday. This report does not definitely Mean that Brown and the Chiefs won’t finally make a long-term deal — but right now, it seems less likely than previously thought.