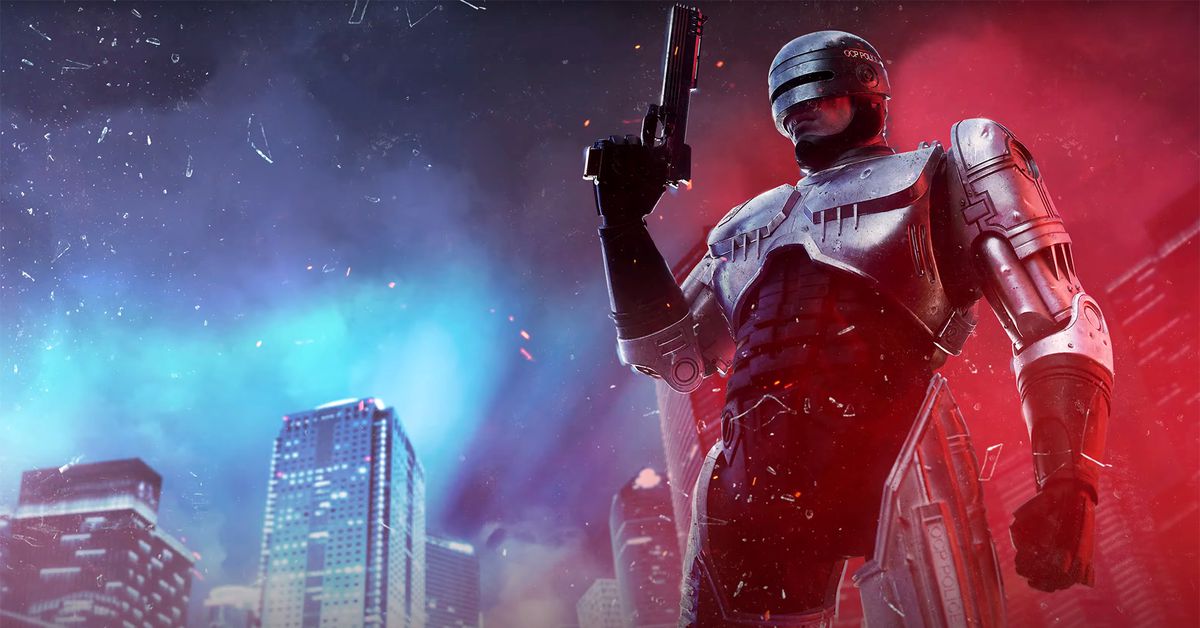 RoboCop: Rogue City, a new first-person shooter based on the 35-year-old action franchise, is coming to consoles and PC next summer, publisher Nacon announced Thursday. The publisher also showed the first gameplay footage from the game, confirming that developer Teyon isn’t shying away from the gory, head-splattering violence of Paul Verhoeven’s original film.

In the first full trailer for RoboCop: Rogue City, violent crime in Detroit runs rampant; RoboCop will contend with bank robberies, hostage situations, and gang violence — and the occasional ED-209 — in a new original story, which appears to be set at the same time (or shortly after) the events of 1987’s RoboCop. But RoboCop may also have to contend with some sort of … glitch in Rogue City. A cutscene shows an Omni Consumer Products executive being interviewed about the company’s new cyborg policeman and reacting to RoboCop hesitating during a crime intervention.

Returning to the role of RoboCop is actor Peter Weller, who will perform a voiceover work for the new game. Weller will no doubt re-record many memorable catchphrases, based on Rogue City‘s trailer.

RoboCop: Rogue City is coming to Nintendo Switch, PlayStation 5, Windows PC, and Xbox Series X in June 2023. The team behind it, Teyon, is responsible for other ’80s action hero-inspired games Terminator: Resistance and Rambo: The Video Game.