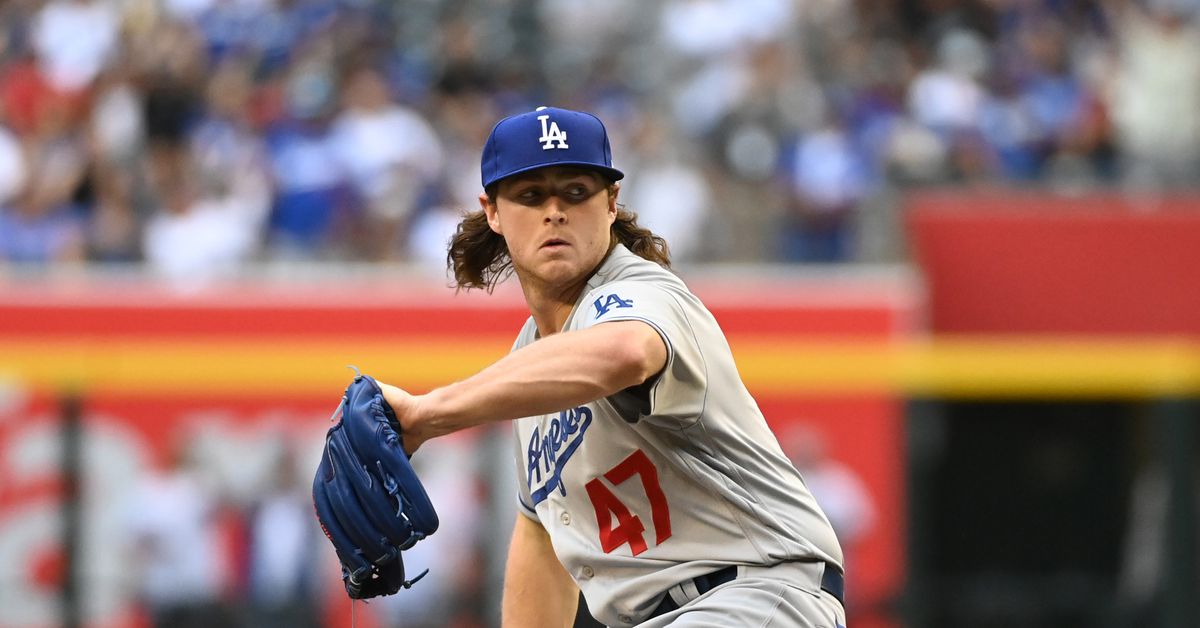 The Dodgers are calling up Ryan Pepiot to start Tuesday’s game against the Rockies instead of Mitch White, presumably the spot start long expected as Los Angeles nears the end of its stretch of 20 games in 20 days.

The team announced that Pepiot would start Tuesday, but hasn’t yet announced the corresponding move to add him to the roster.

This is technically Pepiot’s fourth stint in the majors this season, all of the spot start variety, sent down to the minors immediately after each start. But the right-hander didn’t really go anywhere in between starts one and two in May, the latter called up as the 27th man for the Dodgers’ May 17 doubleheader against the D-backs.

Pepiot’s changeup is devastating, but his main issue has been command. So far that’s played out in the majors, with 11 walks in 11⅓ innings to go with his 13 strikeouts, but he’s also allowed four runs on six hits in those three starts.

Pepiot spent all of June in Triple-A, and allowed just six runs in five starts, with a 2.22 ERA, 34 strikeouts, and 12 walks in 24⅓ innings for Oklahoma City. The right-hander entered the season as the Dodgers’ second-ranked pitching prospect behind only Bobby Miller. In twelve games for Oklahoma City, Pepiot has a 1.94 ERA and 76 strikeouts, a 33-percent strikeout rate at 55⅔ innings, with 25 walks.

He last pitched a week ago, throwing 95 pitches in four innings at El Paso on June 28, striking out six while allowing a pair of runs.

Tuesday is the 15th game of the Dodgers’ stretch of 20 games in 20 days, the last nine of which have seen LA’s starting pitcher go on four days rest. A spot start was expected during this stretch, if only to provide extra rest for the starters. Considering that Tony Gonsolin pitched a career-high 7… innings last Friday, and Clayton Kershaw matched a season-high of seven innings on Sunday, now seems as good a time as any to bump everyone back a day.

The Dodgers are 10-4 through the first two weeks of the 20-game schedule gauntlet.