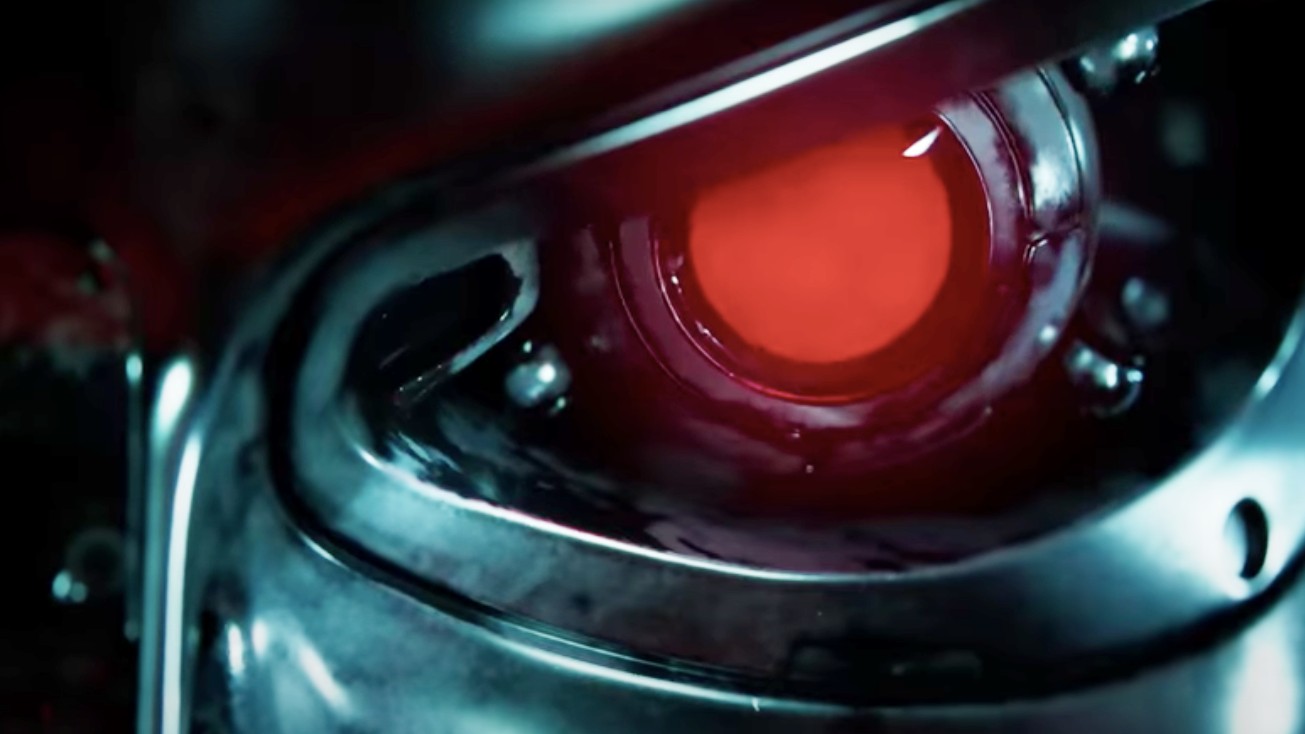 By Jason Collins | 10 seconds ago

The Terminator franchise has fallen from grace after the release of 1991’s Terminator 2: Judgment Day. The absence of James Cameron from the franchise was really felt in the subsequent sequels, of which there are four, and the series never again attained the level of Judgment Day’s success. The same can be said for the franchise’s gaming segment; the games never lived up to their contemporary triple-A titles. Well, that might change soon, as Nacon just revealed another Terminator game.

According to CBR, Nacon just revealed the teaser trailer for an as-yet-untitled Terminator game during their game event — the same event during which they revealed a gameplay trailer for their upcoming Lord of the Rings: Gollum. The trailer above showcases a dark storage room with someone hiding inside and a Cyberdyne Systems Series 800 Terminator, the one portrayed by Arnold Schwarzenegger in the films, opening a door, while the background suggests the grim post-Judgement Day future for humanity.

Nacon’s upcoming Terminator The game will take place after an in-universe event called Judgment Day, but before the creation of John Connor’s Resistance. We presume that there are very few people unfamiliar with the Terminator narrative, but for those that are: Judgment Day refers to a day that the AI ​​— Skynet — becomes self-aware and initiates a nuclear strike against humans. Sarah Connor would learn of this event from Kyle Reese, a soldier from the future sent by her son, John Connor, to protect her, thus ensuring his own birth.

Sarah then used said knowledge to equip a younger version of John with tactical and military knowledge that would one day allow him to become the leader of the Resistance and ensure that humanity survives. However, considering that the narrative of the upcoming Terminator The game is set during the pre-Resistance period, it’s safe to assume that its story unfolds before the events of Terminator: Resistance — Nacon’s 2019 Terminator game — which saw players actively joining Connor’s rise against the machines.

Unfortunately, we don’t know if we’re dealing with a prequel to the 2019’s Terminator game or an entirely separate title, but from what Nacon shared with the fandom, we’re discussing an open-world survival game. Nacon also stated that the game would release on PC and a number of as-yet-unspecified consoles. Still, the survival element of the announced game would be a nice change of pace from the action-oriented gameplay associated with previous titles. It certainly sounds more promising, considering how scrappy the Resistance was before John Connor united humanity.

Terminator games have a history of being lousy, but 2019’s Terminator: Resistance made a dent in that trend. Sure, it wasn’t a breakthrough Terminator game, and it didn’t really go well with the critics and console players, but PC gamers absolutely loved the title, which has a “Very Positive” rating on Steam — indicating that Nacon might be on the right track with their upcoming Terminator game. At the same time, the company is also working on Robocop: Rogue City, a Robocop game whose narrative takes place approximately at the same time as the original 1987’s film.