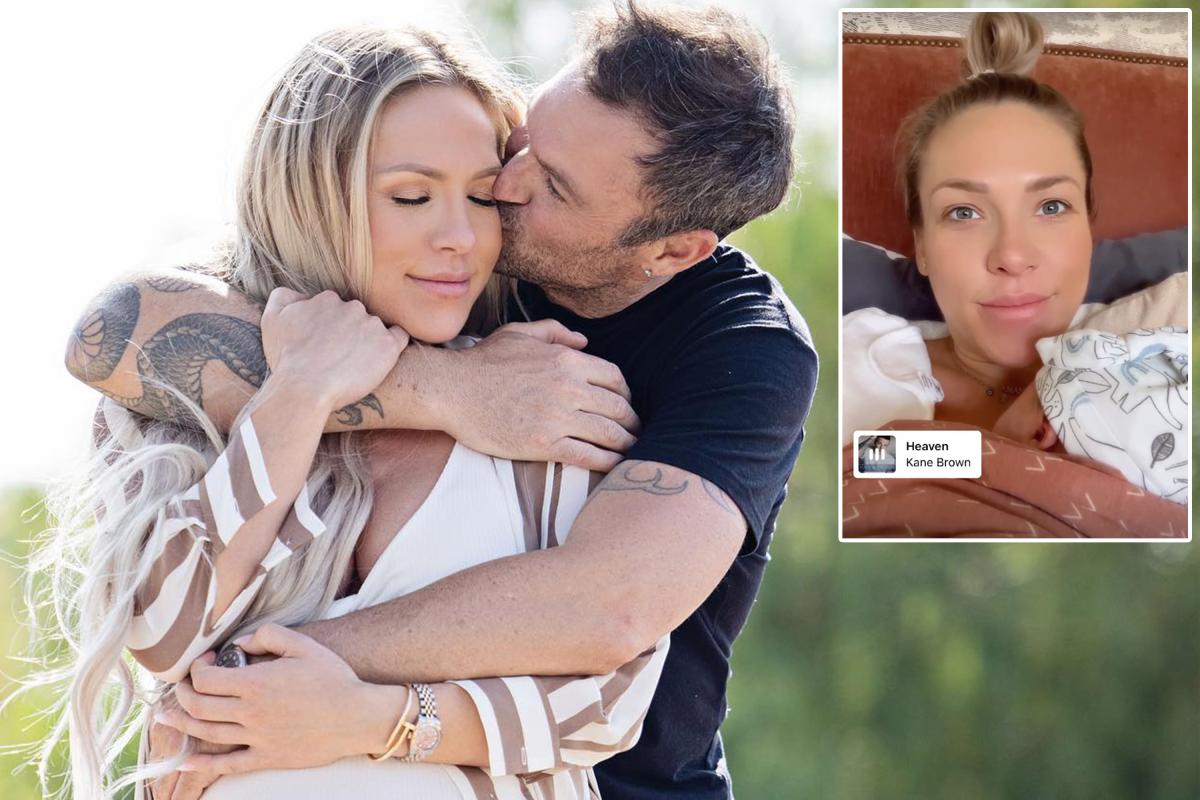 From the looks of it, this kid will be dancing through life.

On Friday, Sharna Burgess of “Dancing with the Stars” fame offered a glimpse of her newborn, sharing a clip to Instagram Stories in which she holds the baby boy, who can be seen wearing a white cap while swathed in a blanket against mom’s chest .

Burgess, who hails from Australia, set the footage to Kane Brown’s “Heaven,” and appears to subtly sway with the song’s rhythm.

The reveal followed the announcement posted to Burgess’ Instagram feed yesterday that her bundle of joy, who she shares with actor Brian Austin Green, 48, had entered this world on June 28.

“My heart is now forever outside of my body. 🤍,” she added.

Overnight, the congratulatory outpourings from Burgess’ many entertainment industry friends — not to mention her legions of adoring fans — have flooded the comments section.

This is the Burgess’ first child, while Green shares Kassius, 20, with ex-fiancée Vanessa Marcil, and Noah, 9, Bodhi, 8, and Journey, 5, with ex-wife Megan Fox. That makes Zane the fifth son of the “Beverly Hills 90210” actor.

Back in January 2021, Burgess and Green went public with their relationship after paparazzi captured them making out on a beach in Hawaii the month prior.

Interestingly, the lovebirds were vacationing at the same Four Seasons Resort in Hualalai, Hawaii, at which Green and Fox got engaged and later wed in 2010.

Green notoriously had an on-again, off-again relationship with Fox, but the two reportedly separated for good in 2019 before finalizing their divorce in October 2021.