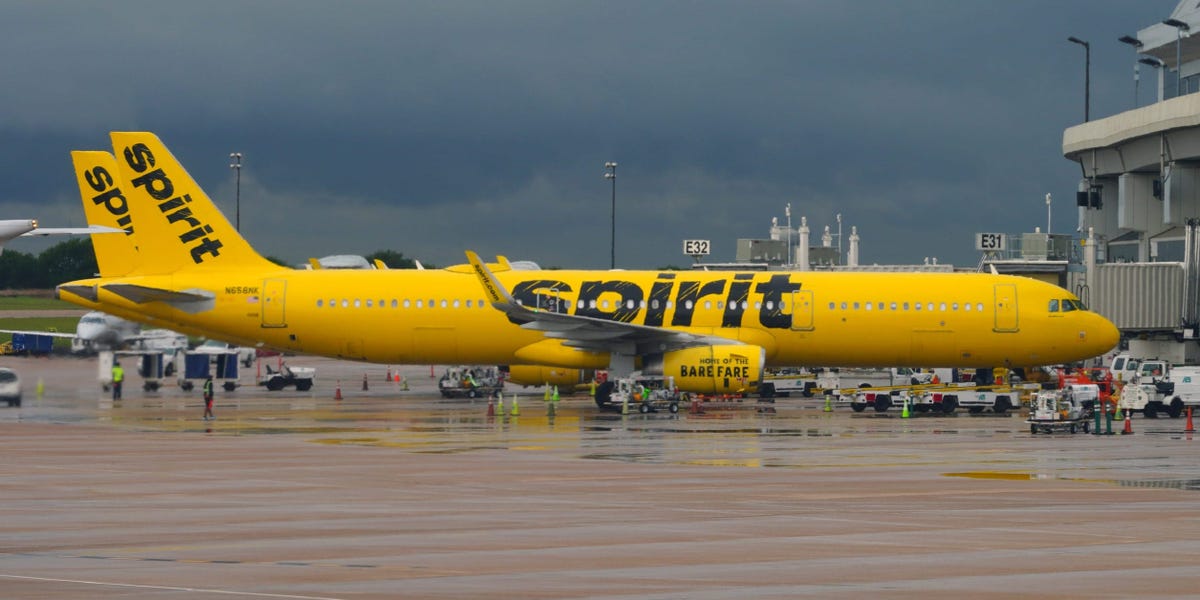 A Spirit Airlines flight caught fire while landing at the Hartsfield-Jackson Atlanta International Airport on Sunday, the airline confirmed.

All passengers were safely evacuated and nobody was harmed, a Spirit spokesperson told Insider.

“Spirit Flight 383 from Tampa to Atlanta landed safely in Atlanta International Airport and upon landing one of the overheated brakes. The aircraft was towed to the gate where guests safely deplaned without any injuries,” the spokesperson said, noting that the plane will be temporarily removed for maintenance.

The incident occurred at 9:25 am on Sunday when brakes in the landing gear of the plane caught fire, the Atlanta airport tweetedadding that the Atlanta Fire Rescue Department successfully extinguished the flames.

The aircraft was then towed to gate D2, where passengers were able to safely disembark. Airport officials also confirmed there were no injuries and said the incident will not impact operations, airport officials said.

Scottie Nelms, one of the plane’s passengers, recounted the experience to FOX 5: “Once we landed it made a weird from the left side of the plane noise. Nobody knew what it was until we stopped completely in the middle of the landing strip. We saw a flame coming from the engine and people and myself started freaking out.”

A video posted on Twitter by Alaina Hardie shows smoke and flames engulfing the underside of the plane.

Another video recorded from within the aircraft depicts flight attendants telling passengers to remain seated until the pilot instructs them to evacuate.

“Ladies and gentlemen, stay seated, stay seated, we do not have to evacuate now. Please remain seated,” a Spirit Airlines flight attendant says in the video, posted by Twitter user @imgoinscottie.