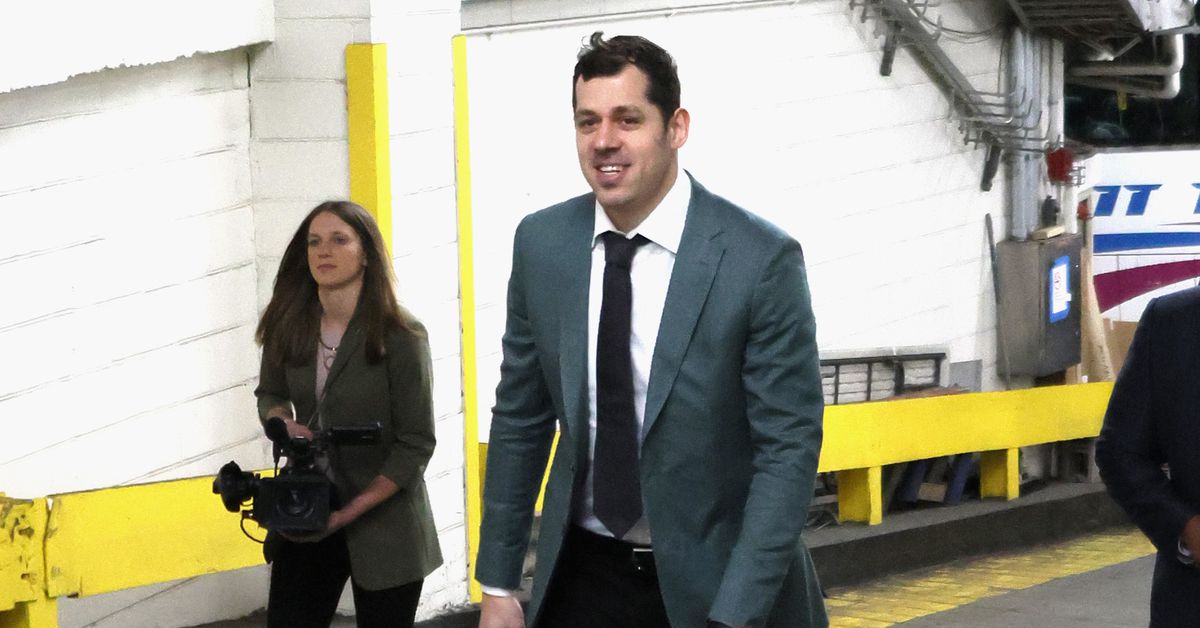 After re-signing Kris Letang on Thursday, the Pittsburgh Penguins have one major piece of business left for the resolution of Evgeni Malkin’s contract.

While talks and reports have been sour with the team and player’s side far apart for the negotiations to date, now that Letang is back and at a reasonable price, there could be renewed hopes for finding an agreement.

General manager Ron Hextall re-iterated on Friday the same thing that he consistently said throughout the process: that his hopes and plans are to bring Malkin back.

GM Ron Hextall on contract talks with Malkin: “We’re chipping away. We stated right from the start that we want to bring Geno back. We will keep working on it and hopefully we can come to an agreement.” pic.twitter.com/PHZDloVTwQ

A quote that really stands out is: “we said from the start we’d like to bring Geno back, and I strongly believe he’d like to come back.”

Hextall might have built in a new complication. In the success of signing Letang, he also set a precedent by giving an aging franchise cornerstone a lengthy contract. That detail is surely not going to be lost on Malkin.

LeBrun on TSN: “There’s some sore feelings right now between Malkin and the Penguins, they’re stuck right now, Malkin wants more than 3 years…I think Evgeni Malkin is readying himself for the possibility of having to go to market and that is a possibility.”

At this point, the Penguins don’t have much choice but to find a way to bring Malkin back. They have the salary cap space, and the need.

The Pens have wanted Malkin and Letang back, and they have done their work — and let’s also not forget about the contract for Bryan Rust’s age 30-36 seasons — to keep all the cap hits minimal.

Reports have said Pittsburgh has only offered two years to Malkin. But that was similar to what they were saying about Letang until the last week, and progress was quickly made to a sudden and dramatic six year contract.

Malkin’s deal won’t be that long, but Pittsburgh has set their course. For better or worse, they’re mostly keeping the band together and they can’t do that without Malkin.

A lot of the preconceived notions and narratives on Malkin’s performance to be disinclined to sign him aren’t even true. “He’s not a good 5v5 player” — well, he scored 1.08 5v5 Goals/60 last season, the second most on the team. Malkin’s 5v5 point total, even as a down 1.95 was higher than Vincent Trocheck last season. And higher than JT Miller in two of the last four years.

The issue with Malkin should not be framed as his 5v5 production, it’s the amount of games he will play. Malkin’s not the same player he was a decade ago, but he’s still by far the best “second line center” type in the NHL when healthy.

And since his next contract will surely come in at the $6-7 million range, that’s more than competitive enough for the Penguins to deal with his absence when they have Sidney Crosby, Jeff Carter and Teddy Blueger on the roster next season to round out the depth chart at center.

The only question that remains is how many years Malkin should be signed for. His ego and feelings will play into this, since Crosby is signed for three years (and told Josh Yohe at The Athletic that he intends on playing longer) and Letang is now signed for six more years.

The Penguins already answered the question about contract length for aging veterans, so in that vein, it doesn’t even matter anymore how good or how many games Malkin can play in three or four seasons for now. It is a risk the team will have to make, but it’s a bed they have already made with the previous contracts for players like Letang and Rust.

Even though some might not like it, Evgeni Malkin has been a Penguin for 16 years. And there’s no actual good reason with the course that they have charted on why the team should balk at signing him for another three or four more. The path Pittsburgh has set has now been established, the only thing left is to finalize the contract and keep a cornerstone in place until the end.

Ron Hextall got Letang to have a good team cap hit. He got Rust to have one too. The negotiations are dragging, but at the end of the day this era of the Penguins will and should go on with Malkin taking a significant pay cut off his previous $9.5 million cap hit, and Pittsburgh keeping their legends in place to ride off into the sunset .