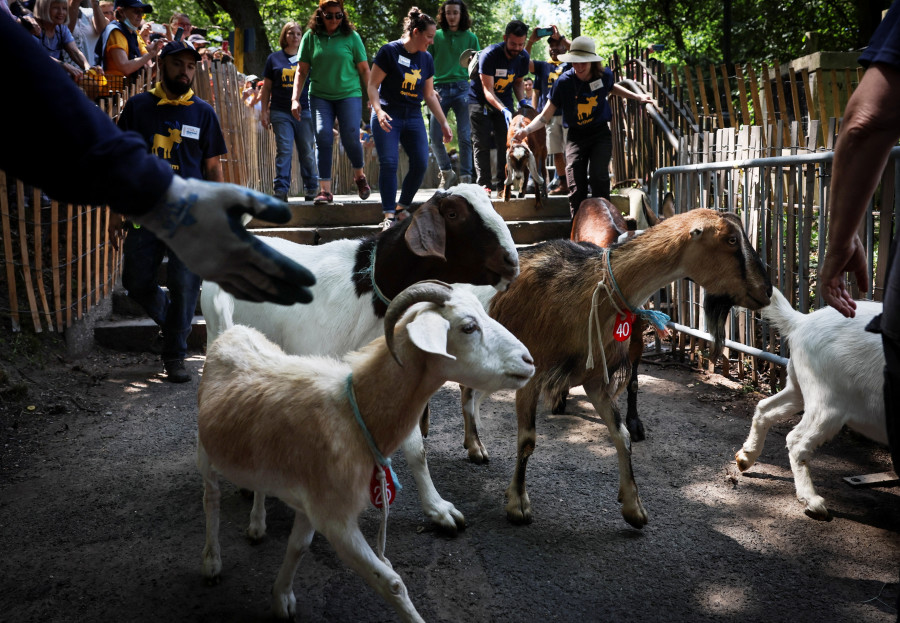 NEW YORK (Reuters) – More than a dozen goats journeyed to Riverside Park in New York City on Wednesday to feast on weeds, a chemical-free way to remove invasive species while adding to the joys of nature.

The furry visitors arrived in Manhattan from Green Goats farm in Rhinebeck, New York, earlier in the day to gobble up overgrown brush – even species dangerous to humans, like poison ivy. 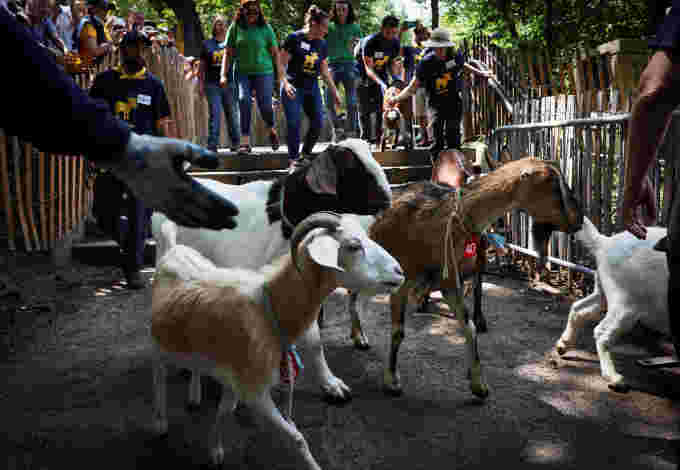 “Have you seen this slope over here? I am told it is the steepest river bank east of the Palisades,” said John Herrold, president and chief executive of the Riverside Park Conservancy.

“Imagine trying to keep your balance while you’re pulling out invasive plants so that you can plant native species that will better hold the soil and provide better habitat for the habitat.”

Goats are an ingenious approach to weed removal, harnessing their natural hunger for leafy greens as the primary mechanism behind the task, which traditionally involves pollutant chemicals.

“They love this stuff,” Herrold said. “They eat poison ivy, they eat the porcelain berry, they eat the multiflora rose and that’s what we’re trying to get rid of.”

Of the 20 goats, four will call Riverside Park home through the end of summer, eating their way through two acres of the park.

WATCH BELOW: WHAT MAKES A PLANT ‘INVASIVE’, AND WHAT HARM DOES IT REALLY DO?