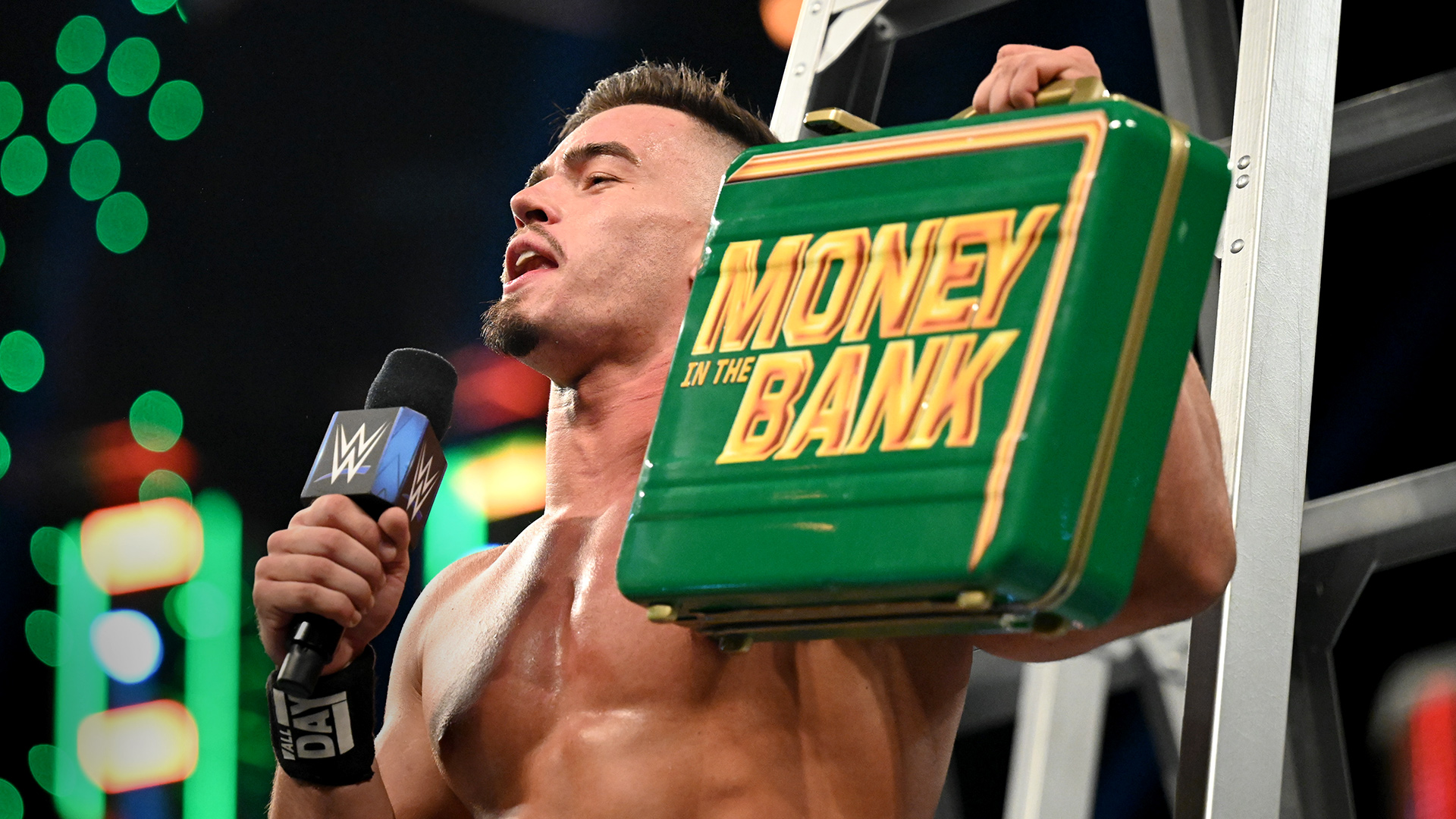 This year’s Mr. Money In The Bank, theory, has given the time and place where he plans to cash in the briefcase for a shot at the Undisputed WWE Universal Championship.

Money In The Bank was a rollercoaster ride for Vince McMahon’s favorite superstar, Theory. His WWE United States Championship defense ended in failure when Bobby Lashley trapped him in The Hurt Lock, forcing him to submit and so lose the gold.

However, ahead of the men’s Money In The Bank Ladder match kicking off, WWE official Adam Pearce announced that he was adding another competitor to the bout, naming theory as the eighth entrant.

Against all odds and having already faced defeat once that night, Theory was able to find an opportunity to scale the ladder and claim the briefcase, giving him a title shot anytime anywhere.

Throughout the main event, the commentary team hiped up SummerSlam the perfect time for someone to cash in their briefcase. Brock Lesnar is set to challenge Roman Reigns for the Unified WWE Universal Championship once again at the event, this time in a Last Man Standing match. The grueling nature of that match means that whoever wins could be easy pickings for the Money In The Bank contract holder.

On the latest episode of Raw, Theory seemed to agree with that idea and says he does indeed have his sights set on Reigns and Lesnar at WWE’s Biggest Party of the Summer, making his intentions clear that he will cash in there.