Approximately an hour after the Capitals made Darcy Kuemper’s long-rumored signing official, the affable goaltender met with Capitals media for the first time via a Zoom videoconference.

Coming off winning the Stanley Cup with the Colorado Avalanche, Kuemper signed a five-year deal worth $5.25 million per season to be Washington’s number one goaltender. The 32-year-old veteran replaces the two prospects the Capitals tried to mold into the role, Ilya Samsonov and Vitek Vanecek, who both left the organization over the last week.

Kuemper, smiling ear-to-ear for most of the interview, speaking about his newfound confidence after achieving a childhood dream he first imagined when he was five.

“If you can do that, you believe that you can do anything,” Kuemper said. “Then you can just go out and play your game. Take that pressure off because you’ve done it before and you know you can do it.”

Kuemper, whose Cup day is coming up in August, also revealed that several Capital players reached out to him via text. But he would not spill the beans on who.

“Once I knew Washington was interested that was a place I could really see myself fitting in. I was really excited at that thought, so this is where I wanted to go.”

Darcy Kuemper speaks to the media after signing with the Capitals on the first day of free agency. #ALLCAPS pic.twitter.com/OQ89at1D3h

The questions from the press are edited for both clarity and brevity.

What made you pick Washington?

Darcy Kuemper: I just really liked the roster. Obviously, it’s a team that’s won before, a veteran group that knows how to win. That’s what I was looking for. Another chance to go win. I think this is a place where we can go do that.

Take us through your emotions of leaving the Avalanche.

Darcy Kuemper: Super excited for the new opportunity. Like I said, this is a team that can win it. That’s always a lot of fun to be a part of. I’m really looking forward to getting started. It’s going to be a short summer but can’t wait to get down there and meet the guys.

Have you had your day with the Cup and have you reflected on the fact that you’re a team that you won’t leave a championship with?

Darcy Kuemper: My day with the Cup is coming up in August. Looking forward to that. Still got a lot of planning to do for what we’re going to do. It’s definitely been a whirlwind. You’re winning, celebrating it. You have a couple days to enjoy it and then you’re looking at your next team. I’m excited for the new opportunity and I can’t wait to get started.

You’ve bounced around a lot in your career. How nice is it to have the comfort of a five-year deal?

Darcy Kuemper: We’re looking forward to getting down there, seeing the area, and looking for houses, buying a house – somewhere we can call home. Me and my wife are really excited for that. More importantly, to be a part of a team for the future is really exciting as well.

When Colorado got Georgiev, how much uncertainty did you have as other goaltenders started changing places across the league?

Darcy Kuemper: You never know where you’re going to end up. A lot of unknown. Just can’t think about it too much because you’ll drive yourself crazy. Everything happens for a reason and it worked out. Ended up with a great organization and a great team. Super excited for it.

Did any of the Caps reach out to you over the last few hours?

Darcy Kuemper: I’ve received a few texts already of guys just welcoming me to the team, letting me know if I have any questions to let them know. I still gotta respond to a few people. It’s been kind of a crazy hour or so here, but looking forward to getting to know everybody here.

Do you want to tell us any specifics?

Darcy Kuemper: I won’t say, because I don’t want to forget anybody that might have been on that list because I haven’t answered in a while yet.

How many other teams were involved in signing you? Was DC your focal point? Did you need some convincing? How did it all work?

Darcy Kuemper: No. I don’t know if I can say how many teams were involved or whatever. Once I knew Washington was interested, it was a place where I could really see myself fitting in. I was really excited by that thought. This is where I wanted to go of all the options and really excited that we were able to get something done and I’m able to join the team.

You and Charlie Lindgren have the same agent. Do you know him at all? What are your thoughts working with him next year in Washington?

Darcy Kuemper: I’ve never actually met him before. I’ve heard he’s an awesome guy. Great in the locker room, everybody loves him. Super excited to get to know him and start our partnership there.

As far as the Cup run, what did that do you personally confidence-wise and how you can carry that in the years ahead? And how much does the short summer affect your turnaround for next year?

Darcy Kuemper: To answer the first part, obviously it’s a dream come true. You start thinking about it when you’re five-years-old playing in the basement of the backyard or wherever you are. To actually live out that dream is incredible. As far as confidence grows, if you can do that, you believe that you can do anything. Then you can just go out and play your game. Take that pressure off because you’ve done it before and you know you can do it. As far as training goes, it’s a short summer. I probably won’t take off as much time as you normally would. Also, have to be smart about the training and not over doing it as well.

Is there a workload or a number of a games that you appreciate playing?

Darcy Kuemper: Honestly, when I’m asked to play or told to play, I love playing the game. I’ll play in as many games as they want or need me to. I just love being in the net and have fun out there. For me it’s not a set number, it’s just whenever I’m needed or called upon to do. 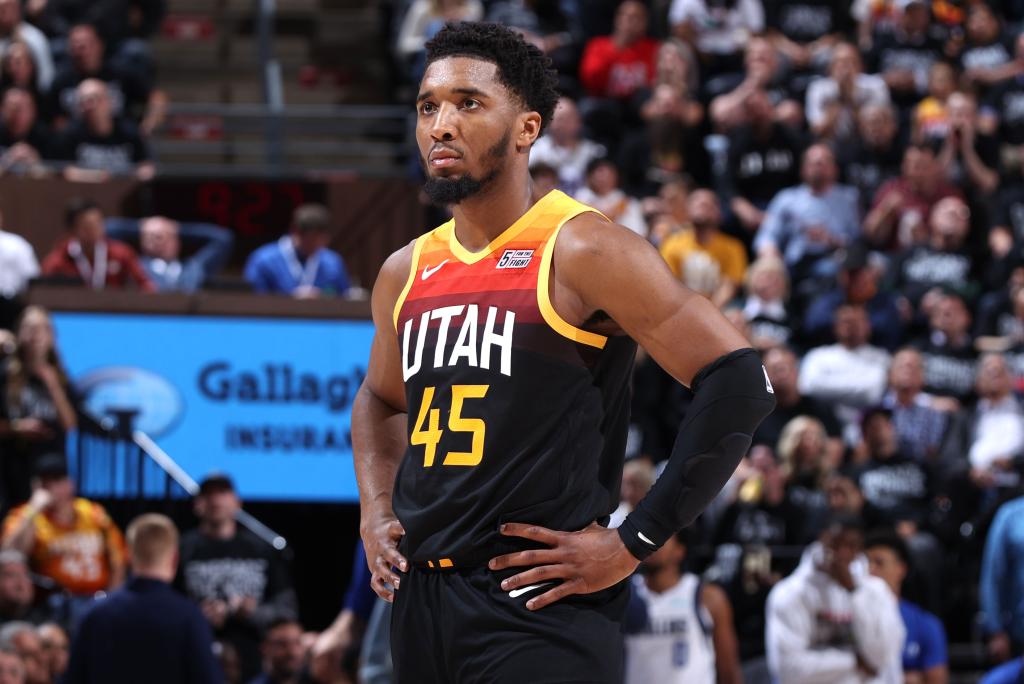 A Donovan Mitchell trade ‘could backfire’ on Knicks: scout