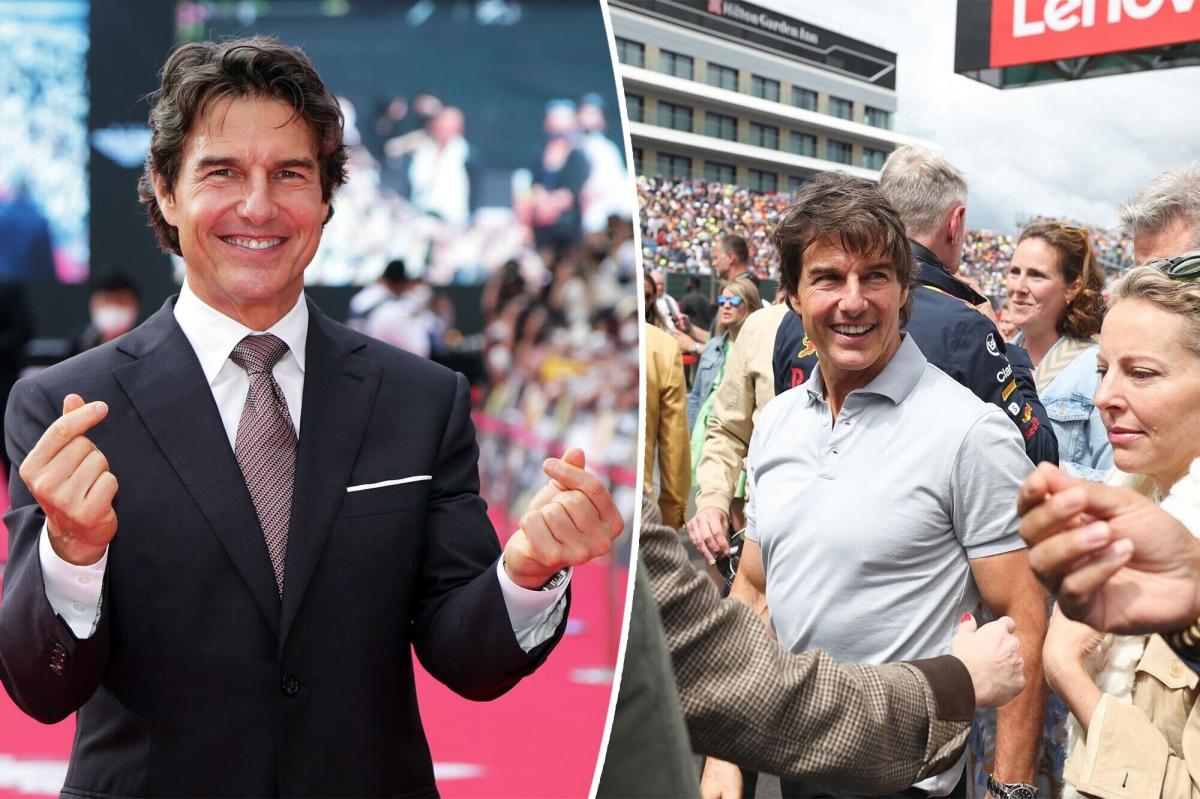 The “Top Gun: Maverick” star rang in his big day at the 2022 British Grand Prix on Sunday – and it appears his birthday luck may have rubbed off on his “great friend” Lewis Hamilton.

Cruise, who was dressed in a powder blue polo shirt and his signature aviator sunglasses, was one of the first people to congratulate the Formula 1 driver after he finished third at his home race over the weekend.

“Happy birthday,” Hamilton, 37, was overheard saying as they embraced at Silverstone Circuit on Cruise’s 60th birthday.

The seven-time world champion was narrowly beaten by Red Bull’s Sergio Pérez, who finished second, while Ferrari’s Carlos Sainz claimed the first win of his career.

Cruise, who is a longtime fan of the motorsport, told Sky Sports pundit Martin Brundle that he’s “always” rooting for Hamilton.

“He’s a great friend of mine. I hope he has a great day,” Cruise said on the starting grid.

Another eyewitness told Page Six that Cruise was “super sweet” when speaking to “Stranger Things” actress Amybeth McNulty, who spent the day with Williams Racing.

McNulty was also seen chatting to “The actor Chronicles of Narnia” William Moseley, and “Made in Chelsea” star James Matthews, who was joined by his wife Vogue Williams.

Away from the track, Cruise had a lot to celebrate during his birthday weekend. His latest film — which has been dubbed the “movie of the summer” — has now grossed more than $1 billion worldwide.

“Top Gun: Maverick” earned an additional $25.545 million in the US and $37 million overseas over the Fourth of July weekend, cementing its place in history as one of the highest-grossing films of all time (per Forbes).

“To all the films in release, to all the studios, and to all the exhibitors: congratulations,” Cruise tweeted on June 27.

“To the audience: thank you for venturing out and allowing us to entertain you. See you at the movies.”

Earlier this week, Cruise kicked off his birthday celebrations by catching Adele in concert with actor Luke Evans.

Cruise snapped a selfie with the “Beauty & the Beast” star ahead of the show, which took place in London’s Hyde Park on Friday.