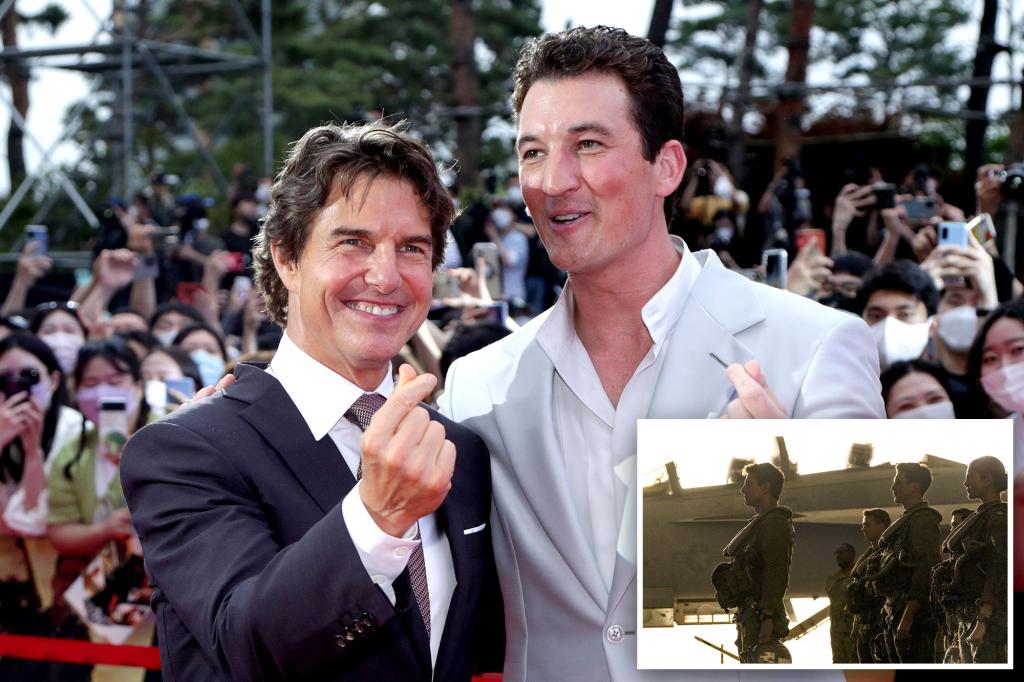 “Top Gun 3” could soon be ready for a takeoff.

Miles Teller has revealed he’s talked with Tom Cruise about filming a third “Top Gun” movie, just days after their smash-hit sequel surpassed a staggering $1 billion at the box office.

Teller, 35, revealed the news to “Entertainment Tonight” on Thursday, saying: “I’ve been having some conversations with him [Cruise] about it. We’ll see.”

The prospect of another installment is sure to delight millions of “Top Gun: Maverick” fans who’ve flocked to cinemas to see the summer blockbuster, which has also won’t over critics.

But Teller — who plays mustachioed pilot Bradley “Rooster” Bradshaw in the fast-paced flick — says it’s ultimately up to Cruise as to whether “Top Gun” will become a trilogy.

In an interview with Polygon, Kosinski recalled reading the script for the sequel before flying to Paris in a bid to persuade Cruise to sign on.

“Basically had 30 minutes to pitch this film … But when I got there, I found that Tom really didn’t want to make another ‘Top Gun,’” the director stated.

However, Kosinski convinced Cruise the flick would be a hit, and the “Mission: Impossible” superstar used his incredible influence to help get the movie made.

Kosinski recalled Cruise picking up his phone and calling the head of Paramount Pictures, defiantly telling the exec: “We’re making another ‘Top Gun.’”

“It was pretty impressive to see the power of a real movie star in that moment,” the director declared.

Indeed, it was the right move for Cruise to reprise his role as the fighter pilot, with “Top Gun: Maverick” becoming his best-performing film ever.

Last week, it surpassed $1 billion in international box-office receipts, becoming the highest-grossing film around the world for 2022 so far.

The action movie has surpassed Disney’s Marvel adventure “Doctor Strange in the Multiverse of Madness,” which has made $943 million at theaters across the globe.

Meanwhile, “Top Gun: Maverick” is also the highest-grossing movie of the year at the domestic box office, where it hased $521 million in ticket sales.