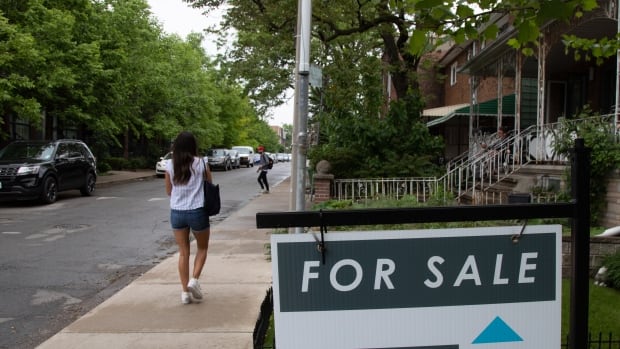 The slowdown underway in Toronto’s housing market continued last month, with new figures showing the number of homes sold in Canada’s biggest city fell by almost half compared with a year ago.

The Toronto Region Real Estate Board (TRREB) said 6,474 homes were sold in the Greater Toronto Area last month, down by 41 per cent compared with last June.

As was the case in many parts of Canada, house prices in and around Toronto exploded during the pandemic, as record-low interest rates allowed buyers to stretch their budgets to buy more expensive homes. But that trend changed direction abruptly in March of this year, when the Bank of Canada started to hike interest rates.

The impact on the market was almost immediate, as sales and new listings slowed, and the bidding wars that were once commonplace began to vanish, as buyers could afford to be choosier.

“Home sales have been impacted by both the affordability challenge presented by mortgage-rate hikes and the psychological impact wherein homebuyers who can afford higher borrowing costs have put their decision on hold to see where home prices end up,” TRREB president Kevin Crigger said. “Expect current market conditions to remain in place during the slower summer months.”

There’s a slowdown on the price side too, although it’s not as pronounced as the one underway on the volume side.

The average price of a home that sold during the month was $1,146,254. That’s up by five per cent compared with the same month a year ago, but it has steadily fallen for four months in a row.

The average selling price is down by 14 per cent from the peak of more than $1.3 million reached in February.