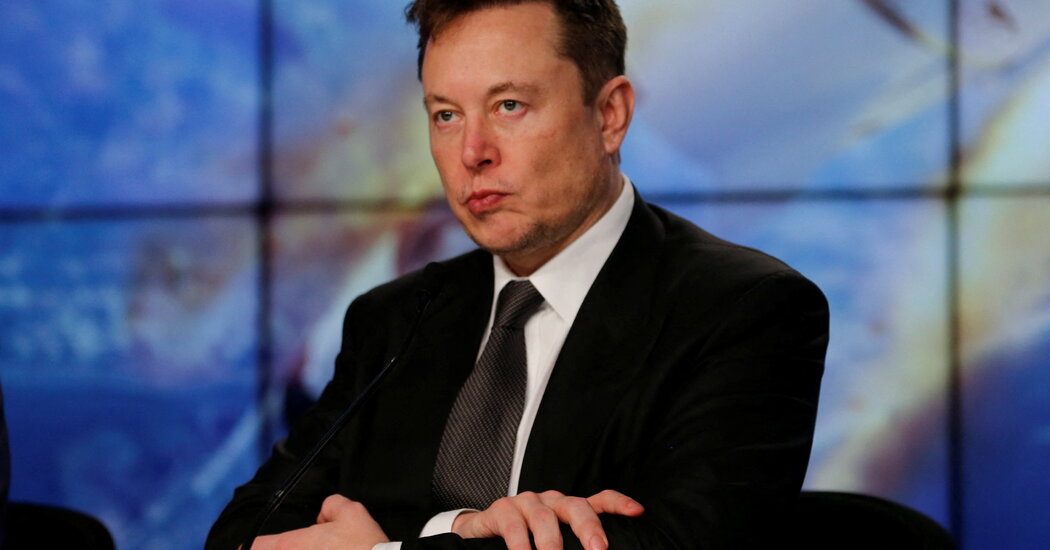 Elon Musk may be preparing for the next chapter in his Twitter takeover journey: court.

A $44 billion deal was reached in April between Mr. Musk and Twitter, and the two sides have since been working to close the deal. Mr. Musk requested information on how many Twitter accounts are bots, and Twitter has provided Mr. Musk access to its “firehose,” or stream of tweets. It has continued to share additional information with him.

On Thursday, The Washington Post reported that the deal was in jeopardy, and that Mr. Musk’s team was “expected to take potentially drastic action.” The article’s claims, which could not be confirmed by the DealBook newsletter, took Twitter and its advisers by surprise, because they did not consider the deal to be in any further peril than at any other point in recent months.

Mr. Musk did not respond to a request for a comment. Twitter reiterated that it intended “to close the transaction and enforce the merger agreement at the agreed price and terms.”

There are many “drastic” actions Mr. Musk could take, but as it pertains to the deal, there are two clear possibilities: He could deliver a letter to Twitter saying he is terminating the deal, and he could sue Twitter. Those two actions would most likely, but not necessarily, simultaneously happen.

There are no clear grounds for Mr. Musk to try to break the deal, because Twitter has publicly disclosed that roughly 5 percent of its users are bots since it went public. But he may try to claim that this disclosure is intentionally misleading, a very high bar to meet legally.

In that case, Twitter could countersue. Twitter strongly believes that the deal contract is on its side, and that it would be an uphill battle for Mr. Musk. The deal has a “specific performance clause,” which gives the company the right to sue him and force him to complete the deal so long as the financing debt he has corralled remains intact. And even if that 5 percent estimate is off, Twitter warns in its regulatory filings that the number is an estimate and that it “could be higher than we have currently estimated.” The bar for using that as grounds to get out of a deal is high.

A case could be heard in Delaware, where Twitter is registered. Twitter would almost certainly seek an expedited case, given the size of the deal. A possible judge is Chancellor Kathaleen St. J. McCormick, who is also overseeing the Orlando Police Pension Fund’s suit over the deal.

The stakes are high. The most valuable part of Twitter right now is its acquisition agreement with Mr. Musk. Its shares are down about 24 percent since April, and trade well below the price agreed with Mr. Musk. Twitter’s stock fell 4 percent in premarket trading on Friday.

Twitter is seeing pressure on its advertising business, has frozen hiring and is laying off some staff members. To accept less than the price it originally negotiated with Mr. Musk could expose Twitter to shareholder lawsuits. So while litigation could be costly, losing the deal may be even worse.