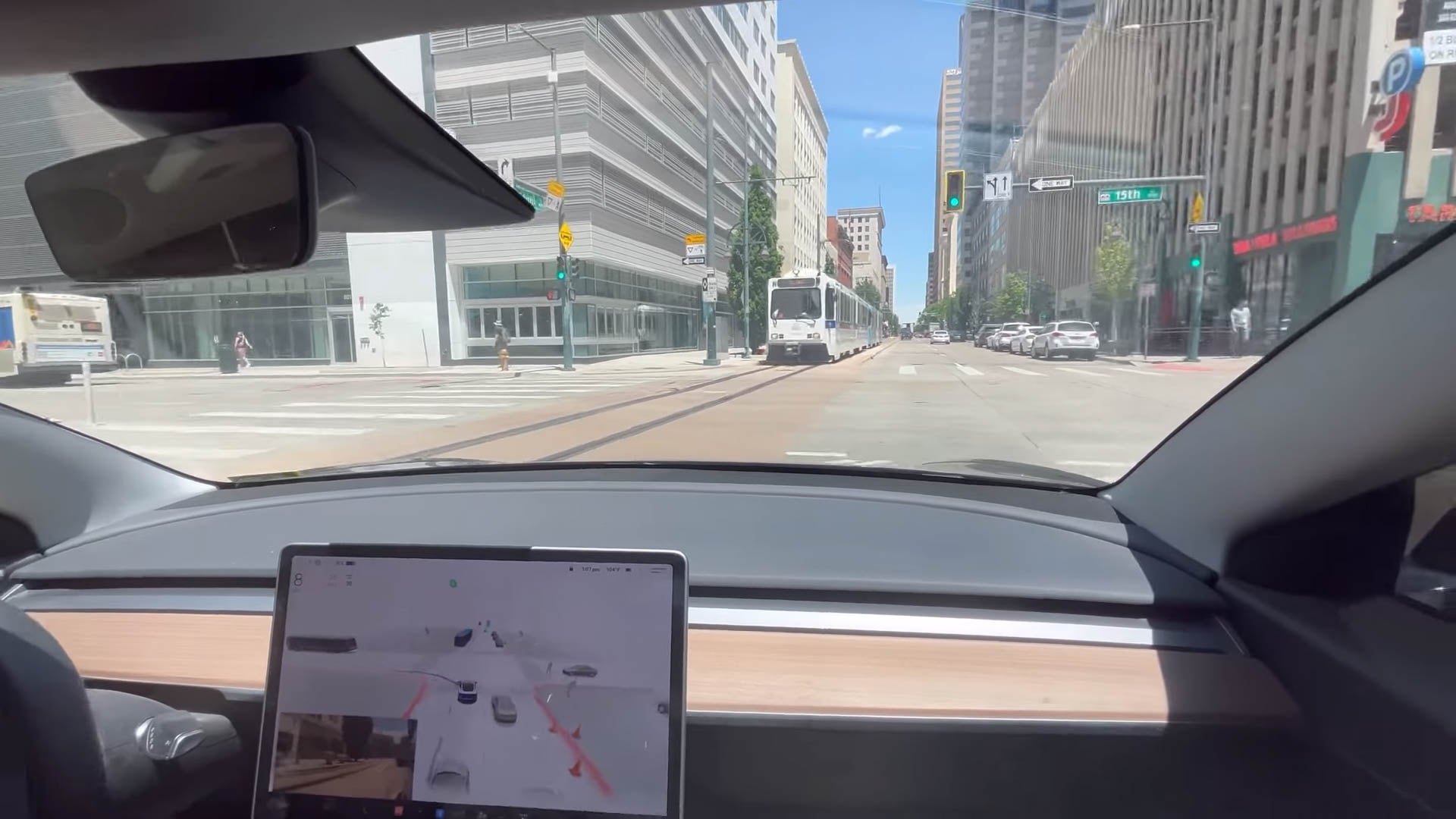 Tesla’s Autopilot system, with its “Full Self-Driving Capability” option, is none of the things its name says it is: it’s neither a true autopilot, nor is it capable of fully driving itself. Instead, it’s an advanced driver assist system that can help ease a driver’s workload while on a highway or clearly marked city streets. However, it’s far from a perfect system, as this new video from YouTuber Taylor Ogan shows, when his Model 3 almost drove itself into an oncoming train.

In this video, Ogan tests the Autopilot system, with the Full Self-Driving option, through the streets of Denver, Colorado. During the nearly 18-minute video, Ogan’s Model 3 almost hits several things, causing him to eventually call it a bad drive for Tesla. However, two of its errors were more egregious than the others and one of those two nearly saw Ogan’s Tesla get hit by one of Denver’s light rail trains, as it attempted to turn left in the train’s path.

Prior to nearly crashing into the train, Ogan was stopped at a red light, with his left turn signal on. That told the car he wanted to turn left and, after the light turned green, the car was supposed to wait until it was clear to turn. However, instead of waiting, the Tesla seemed to either think it had enough space and time to make the turn before the train got there, or it didn’t recognize the train properly. What’s weird, though, is that the Autopilot’s display on the infotainment screen, which shows the car’s recognized surroundings, picked up on the train. You can actually see it on his screen before the car starts to turn. It isn’t clear why the Tesla decided to turn left in front of the train, despite noticing it, but Ogan was forced to take over and steer the car away. If the car thought it could make the turn in time, its programming is too aggressive. Even the train operator blew their horn at the Tesla, providing a turn was the wrong move in that situation.

Later in the video, toward the end, Ogan’s Model 3 attempted to make a pretty routine left turn but took the turn too wide and almost drove into two pedestrians standing on the corner. It was after that Ogan called it a day, claiming he was “super disappointed with Tesla,” which is hard to argue. In Tesla’s defense, there’s a button to report any issues that occur while using Autopilot but it needs just a single button press and doesn’t require the driver to add any situational specifics, so it’s unclear how helpful the report function really is.

There’s a much larger conversation to be had about the ethics of Tesla beta testing its Full Self-Driving option on public roads, using customers—not trained professionals—to test it. While Tela absolutely isn’t the only game in town, when it comes to advanced driver assist systems, other brands are far more cautious in their approach and don’t release software until it’s been fully tested by professionals in controlled environments. Thankfully no one was injured this time, and Ogan was able to steer his car away from the oncoming train and pedestrians, but that doesn’t mean everyone will be able to respond in time in the future.