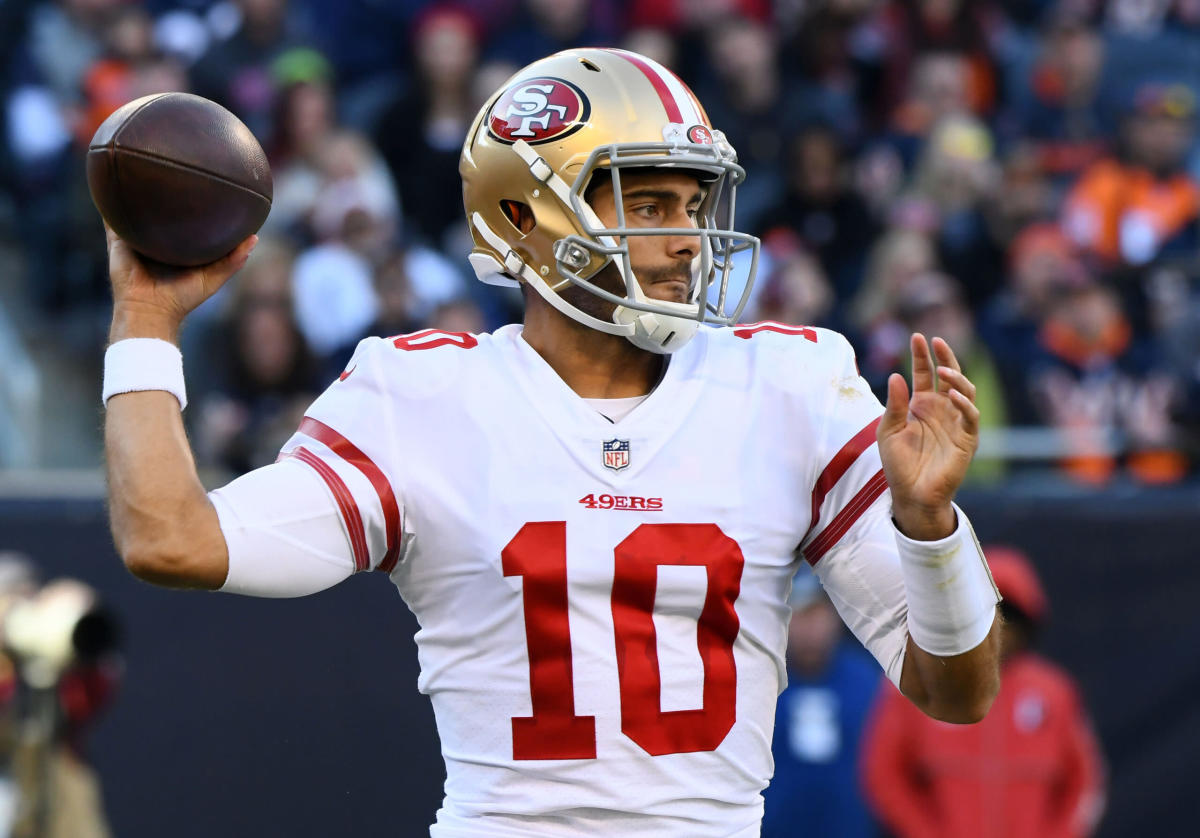 The Houston Texans traded their former 2017 first-round quarterback to the Cleveland Browns. The club went 4-13 in 2021 without the signal caller taking a single snap despite getting paid to remain on the 53-man roster. Therefore, Houston’s problem is at quarterback.

The San Francisco 49ers have an albatross around their necks in Jimmy Garoppolo. Despite leading the Niners to a Super Bowl berth at the end of the 2019 campaign, the former New England Patriots backup to Tom Brady just can’t seem to create the perception of being quality in the clutch.

Maybe a change of scenery would help Garoppolo, but if the scenery involves NRG Park, then the former Eastern Illinois product needs to move along.

The Texans have been starved for talent at quarterback throughout the entirety of the Nick Caserio era at general manager. However, they don’t need to make matters worse under center by giving up valuable draft picks for a known commodity.

Houston’s problem throughout the Caserio era hasn’t been quarterback, albeit that has been one of the driving storylines. It has been that the former regime led by coach-general manager Bill O’Brien and executive vice president of football operations Jack Easterby gave up draft picks and negotiated bad contracts. The roster was terrible, as was proven throughout the 2020 campaign when their field general won the NFL passing title yet the club still finished 4-12 — same as 2021 when Tyrod Taylor and Davis Mills were splitting time at quarterback.

Garoppolo wouldn’t have helped the Texans to start off the Caserio era. He won’t help them now. In fact, he would be a progress stopper and take valuable snaps away from Mills, who needs as many first-team reps and a stable quarterback room heading into his second season.

Brady’s former backup may find a new NFL home, but it won’t be in the Bayou City, nor should it be.