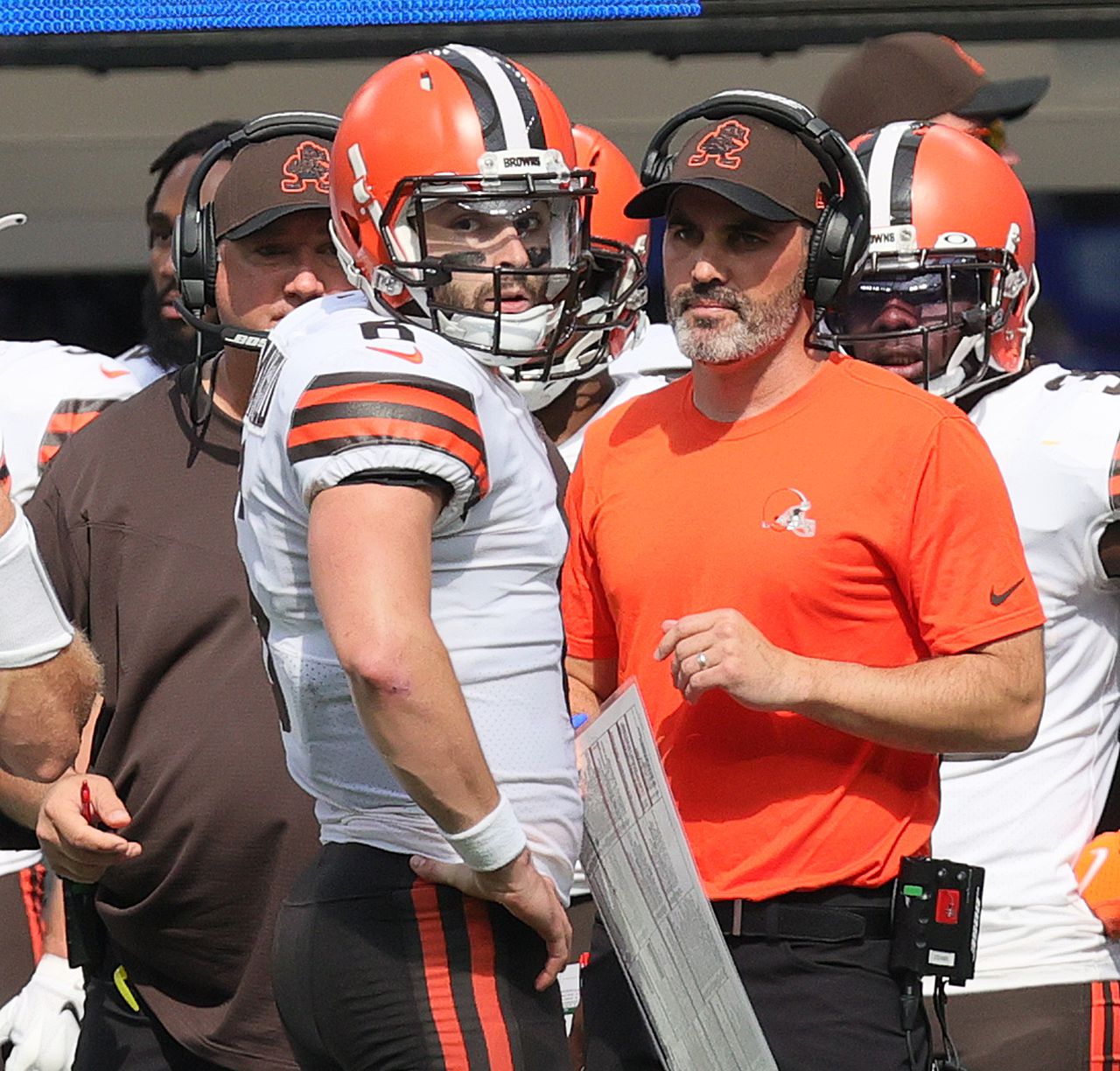 CLEVELAND, Ohio – As the Browns wait for the NFL to rule in the Deshaun Watson case, Cleveland fans have questions:

Hey, Terry: I believe GM Andrew Berry and coach Kevin Stefanski absolutely would have been on the hot seat this year if they didn’t upgrade at QB. You don’t want your ceiling to be the “(Ryan) Tannehill-led Titans.” Not a single person is picking that team to win the AFC because of their QB. Thoughts? — Mark Gorrow.

Hey, Mark: I really like this question because it’s not something I’ve thought about – the Titans Syndrome.

In the last three seasons, Tennessee had regular-season records of 9-7, 11-5 and 12-5. That’s since Ryan Tannehill took over at QB from Marcus Mariota. In 2019, the Titans were 9-7, but that’s deceiving. Tannehill became the starter after six games and the Titans were 7-3 with him as a starter. They won two playoff games, then lost to Kansas City in the AFC Championship.

The next two seasons were good and frustrating for Titans fans. Good because of the 12-5 and 11-5 records. Frustrating because they lost in the first round of the playoffs in both seasons.

Did that impact the Browns?

1. They believed the team would have a ceiling of making the playoffs but not doing much in the postseason with Baker Mayfield. If not, then why make the big deal for Watson?

3. Tannehill had a 42-46 record in his first six NFL seasons with Miami. Then he joined Tennessee, playing in a run-centric offense much like the Browns use under Stefanski. His regular-season record is 30-13 with the Titans, comprising 67% of his passes: 76 TDs vs. 27 interceptions. Those are big-time numbers.

4. A change of scenery helped Tannehill, along with a new offense. I wonder if something like this could happen to Mayfield with another team. I don’t see Mayfield coming back to the Browns.

5. It would have been ridiculous if Berry and Stefanski had been on the “hot seat” if the team hadn’t added an impact QB. Or at least, that’s my opinion. But I’ve seen stranger things happen with the Browns. I believe Berry would have been safe. No Browns coach has lasted more than 2 1/2 seasons since Romeo Crennel (2005-08). So Stefanski, who knows?

6. Regardless of who ends up at QB, there is pressure on Stefanski to make it work. Odds are remote Watson will open the season without a suspension. So that means a healthy dose of Jacoby Brissett. If Watson returns during the middle of the season, that will mean some adjustments.

7. Unless this season is a complete disaster on and off the field, I have no interest in discussing any front office/head coach changes.

Hey, Terry: Please tell the Browns to bring in a legitimate QB to salvage what still could be a good season. — James Russell.

Some fans wanted the Browns to go after Fitzpatrick, a Harvard product who played 17 years but has retired at age 39. A hip injury wiped out most of his 2021 season. He is part of the new Amazon Prime Video Thursday Night Football broadcasting team.

Newton is 33. In his last three NFL seasons, he has a 7-15 record as a starter with 12 TDs compared to 17 interceptions. I don’t see him as a viable option in terms of being any better than Brissett.

I’d prefer the Browns to trade for someone such as Sam Darnold or another veteran to be a backup for Brissett. I agree with James, the Browns have a good roster. They need decent QB play, staying away from turnovers. If that happens, they can win a lot of games.

Hey, Terry: If Watson is out indefinitely, can the Browns void his ridiculous contract? If not, doesn’t it feel it’s exactly what they deserve? Stephen Ondak.

Hey, Stephen: I hear the only way the Browns can void Watson’s contract is if he runs into more off-field problems after his new contract with Cleveland was signed. Anything that happened with Houston prior to the trade to Cleveland doesn’t negate the deal.

Watson was an “as is” acquisition. No one forced the Browns to bid on him and give him the highest guaranteed contract in NFL history. That was their decision.

The Guardians, the kids and potential for more fun.

What I hear about Guardians ownership: Six years before Blitzer takes over

What about Collin Sexton? How about another point guard?

Can the Browns salvage season without Watson? – Hey, Terry

When it comes to Watson, the Browns are to blame for getting involved